One dead, one hurt in Durham crash 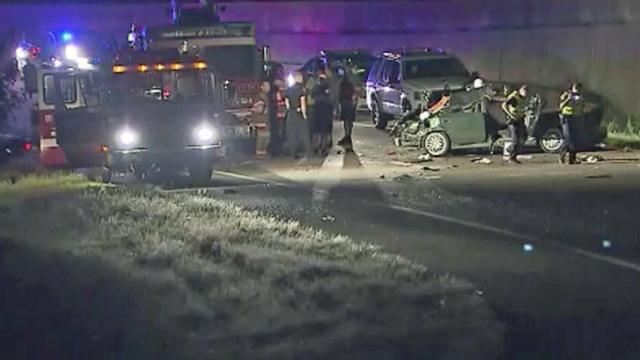 Durham, N.C. — A driver was killed and his passenger hurt in a single-vehicle crash early Monday in Durham, police said.

Police said Franco Juan Sanchez, 33, of Durham, was driving a 2002 Subaru Legacy north on Durham-Chapel Hill Boulevard when he tried to exit onto Martin Luther King Jr. Parkway. But Sanchez veered left off the road, went airborne, hit a concrete wall and landed on the bypass.

He died at the scene.

Sanchez's passenger, Edward Frye Mitchell III, 24, of Durham, was taken to the hospital with critical injuries.

Police said alcohol and speed were factors in the crash.