One airlifted after car, tractor collide in Moore County 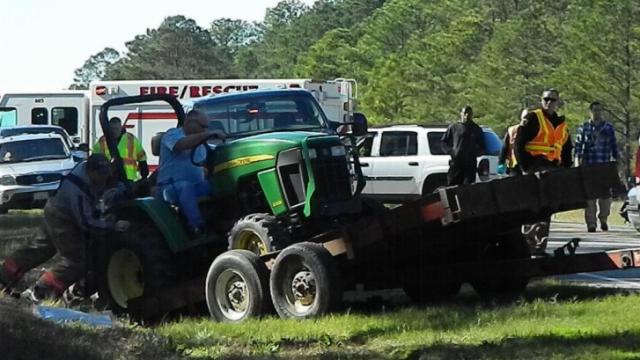 Moore County, N.C. — An accident on N.C. Highway 221 in Moore County between a passenger car and a tractor pulling a trailer sent four people to the hospital on Saturday around 12:30 p.m., according to the Aberdeen Times.

The second passenger in the tractor was airlifted to a trauma center for treatment.

The condition and identities of the victims have not been released. Authorities said the cause of the wreck is under investigation.