On the Rise Amid Pitfalls and Praise 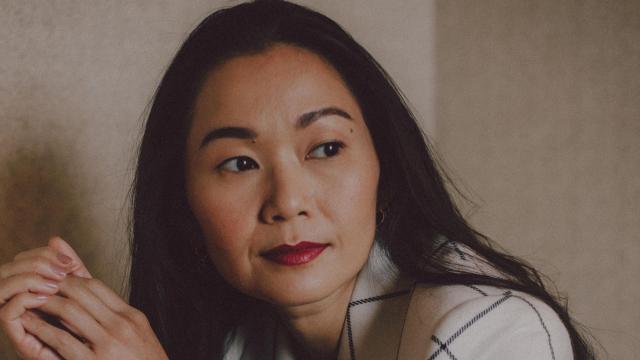 In the year after landing her first big-screen part, as a massage parlor employee in director Paul Thomas Anderson’s 2014 curio “Inherent Vice,” Hong Chau couldn’t get an audition for a movie.

“I did a regional car commercial and an internet potato chip commercial,” Chau said recently. “I was seriously thinking I needed to quit and get a serious job where I can feed myself and it doesn’t kill my soul.”

Now she is the toast of this awards season, earning Screen Actors Guild and Golden Globe nominations for her brusque yet endearing turn as Ngoc Lan Tran, a dissident who loses a leg while escaping Vietnam in a TV-set box (did we mention her character is 5 inches tall?), in the new eco-fantasy “Downsizing.”

“I’m glad this character is so intersectional,” Chau said. “She’s an Asian woman with a disability. In life, we are all more than one thing, but for some reason in movies, you’re either this or that. It reduces the complexity of a human being in so many ways.”

But like that lean year after “Inherent Vice,” the controversy surrounding her latest role points out the obstacles Asian performers face in Hollywood, where the opportunities are few and the pitfalls are abundant.

After early screenings of “Downsizing,” some reviewers and audience members criticized the role as a caricature, with her thickly accented broken English played for laughs.

“It’s a tricky thing to have to hear that feedback,” she said in her real cadence, a slight Southern twang that hints at her Louisiana upbringing. “I didn’t want the accent to be the thing people take away most from this movie,” she continued as she dug into a dessert at a Manhattan restaurant. “I wanted them to really see this woman. I wanted them to feel her heartbeat.”

Many reviewers see it her way. Writing for New York magazine, Emily Yoshida called Chau’s performance “easily the most interesting and vibrant of the entire cast’s,” while Todd McCarthy of The Hollywood Reporter was more direct, describing her as “sensational.” All the plaudits indicate Chau is a good bet for an Oscar nomination as best supporting actress.

“Every director will see how incredible she is in ‘Downsizing’ and will be falling all over themselves to try and work with her,” the film’s star, Matt Damon, said by phone. But he acknowledged the historical lack of inclusivity for Asian-American actors in Hollywood. “The question is, Will there be a better buffet of roles for her to choose from? Because she deserves it.”

The director of “Downsizing,” Alexander Payne, who wrote the script with Jim Taylor, agreed, citing Chau’s ability to convey deep emotions despite her clipped dialogue.

“I think Hong Chau is Vietnamese for ‘scene stealer,'” Payne joked in a phone interview. “I’m a big fan of Akira Kurosawa, and he said Toshiro Mifune could communicate more in one gesture than other actors could communicate in three. Hong is like that with words.”

Chau has come a long way from the refugee camp in Thailand where she was born after her parents fled Vietnam by boat in 1979. Her “Downsizing” turn is an homage to them. Still, “she’s not doing an impression,” Damon said. “This is something that’s deep within her.”

Had she not been cast as one half of a faltering couple in “John,” a 2015 off-Broadway play by Pulitzer Prize winner Annie Baker, Chau doubted she could have handled the sizable part in Payne’s film. The play “was 3-1/2-half hours long, with two intermissions, and it had only four characters, so there was a lot to do,” she said. “It was my first time having a meaty role. Because of that play, I was not nervous before ‘Downsizing.’ I was ready. It came at the right time in my life.”

Chau also honed her skills with recurring roles on the HBO dramas “Treme” and “Big Little Lies.” While the former gave her the opportunity to work near where she grew up in New Orleans, the series never garnered a wide audience.

That was not the case with “Big Little Lies,” in which she shared the screen with stars like Nicole Kidman and Reese Witherspoon, playing one of their neighbors. “I’m so used to being a part of things nobody watches,” she said. “But that show hit a deep vein.” Whether “Downsizing” resonates in a similar way, “to me, it feels like a small movie, even though it’s got special effects and Matt Damon,” Chau said.

Majoring in film studies at Boston University, she had intended to make documentaries, and she pursued acting only after classmates praised her performances in their projects.

“That’s what I want to continue to do: really odd films, with interesting filmmakers. I feel like all of the awards stuff will die down in a couple of months, and I’ll go back to working on my little experimental films.”

That remains to be seen. As the acclaim for “Downsizing” builds, “I’ve had opportunities to be in bigger tent-pole movies, which I have politely passed on,” Chau said. “If it’s just a two-hour shootout, given what’s going on in our nation, that’s not a story I want to help tell. Whatever little bit of weight my name or involvement carries, I don’t take that lightly.”

Chau has yet to choose her next role after “Downsizing,” but she knows the kind of movie she wants to make.

“I hope it will be an interesting story with a good director who’s passionate and has been trying to get something off the ground for years that nobody wants to work on,” she said. “Certain things need a little bit more love than others.”

If such passion projects don’t come with oversize paychecks, that’s not a problem for Chau.

“For a good part of my childhood, we were superpoor and lived in government housing,” she said. “I don’t characterize the American dream as being successful and having a lot of material wealth to show for it. I did fine without it for a really long time.”

Clearly, going Hollywood doesn’t interest Chau — or her parents, who run a bodega in Mississippi.

“I called and asked if they wanted to fly to New York City or LA for the ‘Downsizing’ premieres,” she said with a laugh. “My mom said, ‘No, we’re working!'”