On the First Shabbat After Pittsburgh Attack, ‘Everyone Is Going to Come to Shul’ 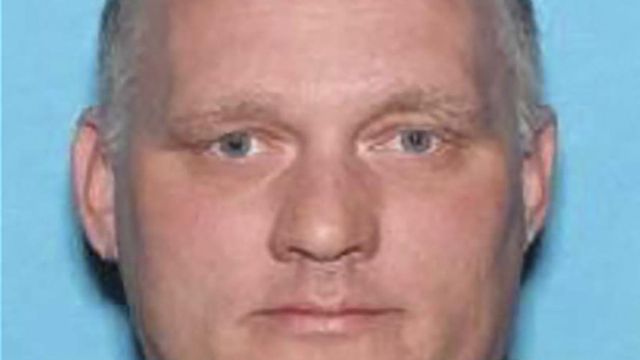 The Jewish Sabbath begins tonight at sunset, just as it does every Friday night.

But this is no ordinary Sabbath.

Less than a week after the Pittsburgh shooting that killed 11 people attending shabbat services, synagogues across the country are expecting packed congregations.

There will be Jews with a strict practice of religious observance, along with those who typically only set foot inside a synagogue once or twice a year. There will be Christians and Muslims, political dignitaries and Hollywood stars.

“There is no RSVP provision for shabbat,” said David Harris, chief executive of the American Jewish Community, an advocacy group that started the hashtag #ShowUpForShabbat earlier this week. He said millions of people all over the world had pledged to attend services Friday night or Saturday morning. “I think synagogues are going to be very well attended tonight and I think the rabbis are going to be making special efforts to make everyone feel welcome and supported.

“It’s grief, it’s solidarity, it’s anger, all that is motivating people,” Harris added. “Once you get beyond thoughts and prayers, here’s something tangible you could do: show up.”

Harris said he was taking four European ambassadors with him Friday night to Temple Israel on the Upper East Side in New York.

In Pittsburgh, hundreds of people were expected to attend Friday night services at Rodef Shalom, the stately synagogue that hosted three funerals this week for four victims of the shooting. The Israeli consul general from New York and Wasi Mohamed, executive director of the Islamic Center of Pittsburgh, were both expected to attend. Just a few feet away, the Tree of Life congregation will hold its Friday night prayer service in a small chapel inside the Rodef Shalom building. The services, Rabbi Jeffrey Myers said, will only be for its members.

A half-mile from the scene of the massacre, Congregation Beth Shalom is opening its soaring worship space to two of the three congregations attacked inside the Tree of Life synagogue. The services for those two congregations, Dor Hadash and New Light, will follow the synagogue’s regular Friday evening prayers. Rabbi Amy Bardack, who is leading the main service, said that the entire Squirrel Hill community was still incredibly traumatized, and that she was crafting a message that would focus on the value of finding strength and comfort in just being together.

“Now is our time to just be,” Bardack said. “We’re here to be Jewish together. We’re going to reclaim our sacred spaces.”

Synagogues across the country — in Chicago, Denver, Boston — will welcome in visitors.

“Everyone is going to come to shul, and I don’t say that lightly,” said Rabbi Julie Schonfeld, chief executive of the Conservative movement’s rabbinical organization.

Her organization held a conference call with rabbis across the country Thursday to help them prepare for Friday night. She said she hoped the message they give will be more focused on mourning than security planning. “We’re trying to connect people to their own grief,” Schonfeld said. “People are very fundamentally shaken as Jews, and they need a way to connect to their highest selves as Jews.”

She had texted one of her colleagues in Pittsburgh after the attack, and she said he texted back: “Everything is going to change now.”

She added: “I keep thinking about that. Tragically, this is a watershed moment” for American Judaism. “We’ve never been attacked this way on American soil.”

Hundreds of worshippers are expected to show up for rooftop prayer services at IKAR, a nondenominational congregation in Los Angeles, where blessings will also be offered by Muslim and Protestant religious leaders.

“There is a need for people to be together and be together in prayer,” said Rabbi Sharon Brous, who expected twice as many worshippers than usual. “Prayer is an act of protest of the world as it is and sense of yearning of what it could be.”

There will be singing, as there always is, she said, but there will also be time set aside for people to speak with each other about their own feelings after a week that “really upended our sense of stability and security in this country.”

Brous, a liberal activist who frequently speaks about politics from the pulpit, said she has spent much of the week reading the Rev. Dr. Martin Luther King Jr.'s remarks after the 1963 Birmingham church bombing, looking for guidance on what to tell her own congregation.

“If you fuel hatred and create a culture where people have easy access to guns, eventually that hatred turns deadly,” she said. “That’s something I think we need to speak about very clearly. We have to create a space for both healing and for moral outrage that will lead to action.”

“I’m going to say that if you have an objection of the rhetoric on the one side, you have to be willing to criticize the other side,” he said. “I always get people who want me to scream at the other side, and I want to tell them: please yell at your own side. When I started in the rabbinate 30 years ago, I thought anti-Semitism was my father’s issue, but it’s not going to be mine. And now I am heartbroken this is a serious problem in our country.”

Rabbi Rick Jacobs, president of the Union for Reform Judaism, which represents the largest stream in American Judaism with about 900 congregations, said that a lot of people have asked him whether this moment would prove to be like Germany in the 1930s, when anti-Semitism began to break through the veneer of acceptance.

“I think this is not that moment,” Jacobs said. “There was not a wide interfaith community that stood with us and marched in the streets. What we have here is unprecedented — the solidarity of the faith communities, the Muslims, the Christians, the Buddhists, the Sikhs.

“This is a deeper kind of security,” he added. “A security that comes from building an interconnected community that shows up for one another.”

When Jewish cemeteries were desecrated in Philadelphia and St. Louis, he said, Muslims raised money to repair them. And it goes both ways. In Canada, after a mosque was attacked by a gunman in Quebec City, Jews organized human chains to surround mosques across the country in “rings of peace.” Friday night, he said, Muslims and Christians will form human chains around synagogues in Toronto.