On International Asteroid Day, here's what to know about the threat to Earth 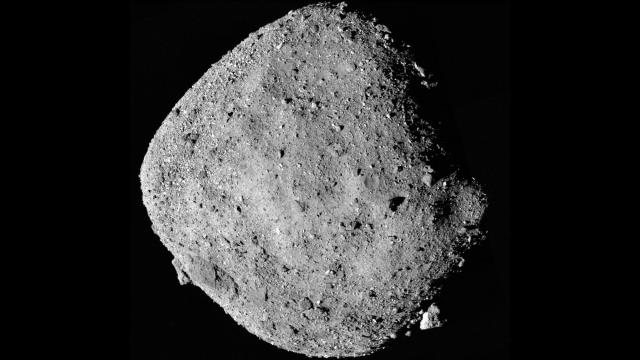 CNN — For the first time, astronomers have shown that telescopes could provide enough warning to allow people to move away from an asteroid strike on Earth.

Astronomers at the University of Hawaii used the ATLAS and Pan-STARRS survey telescopes to detect a small asteroid before it entered Earth's atmosphere on the morning of June 22.

The asteroid, named 2019 MO, was 13 feet in diameter and 310,685 miles from Earth.. The ATLAS facility observed it four times over 30 minutes around midnight in Hawaii.

Initially, the Scout impact analysis software at NASA's Jet Propulsion Laboratory deemed the potential impact as a 2. For reference, 0 is "unlikely" and 4 is "likely." Davide Farnocchia, navigation engineer at JPL, requested additional observations because he noticed a detection near Puerto Rico 12 hours later.

The Pan-STARRS telescope was also operating and captured part of the sky where the asteroid could be seen.

The additional images from the Pan-STARRS telescope helped researchers better determine the entry path for the asteroid, which bumped the Scout rating to 4.

The calculation matched up, and weather radar in San Juan detected the asteroid as it burned up in our atmosphere. It entered the atmosphere over the ocean, 236 miles south of the city.

ATLAS, which is two telescopes 100 miles apart on the Big Island and Maui, scans the entire sky every two nights for asteroids that could impact Earth. It can spot small asteroids half a day before they arrive at Earth and could point to larger asteroids days before. 2019 MO was small enough that it could burn up in the atmosphere.

Although much of the knowledge of their capabilities and determinations about the asteroid was worked out after the fact, astronomers believe that ATLAS and Pan-STARRS could help predict more in the future.

Knowing the size and orbit of an asteroid is the main battle, as this enables prediction.

In a few years, the Large Synoptic Survey Telescope will come online and enable the discovery of tens of thousands of asteroids in orbits that could bring them closer to Earth, said Ed Lu, executive director of the Asteroid Institute and a former NASA astronaut.

"It's an exciting time for planetary defense because we are on the verge of an absolute flood of new observations that will allow us to track 10 times more asteroids than we've ever tracked before," Lu said. "In about two years, the LSST will turn on, and its discovery rate will be more than all the rest of the telescopes combined. In the first year, it will find tens of thousands of asteroids and be able to track them."

Missions like NASA's OSIRIS-REx and Japan's Hayabusa2 are exploring asteroids in our solar system and aim to return samples to Earth in the coming years. The Near-Earth Object Camera, called NEOCam, is characterizing near-Earth objects.

Other missions are planned. NASA's DART, which stands for Double Asteroid Redirection Test, is a planetary defense test to prevent an asteroid from hitting Earth. DART, which has a launch window opening in July 2021, will visit a binary asteroid system and aim to deflect a small asteroid.

DART will crash into a moonlet of Didymos, a near-Earth asteroid, that is comparable in size to an asteroid that could pose a threat. The European Space Agency's complementary Hera mission will precisely measure how it changed the velocity of the larger asteroid and study DART's impact crater on the moonlet.

Sunday is International Asteroid Day, commemorating the Earth's largest recorded asteroid impact while focusing on the real danger of asteroids that could collide with Earth.

In 1908, a powerful asteroid struck the Podkamennaya Tunguska River area in a remote Siberian forest of Russia. The event leveled trees and destroyed forests across 770 square miles, an area nearly the size of three-quarters of the US state of Rhode Island. The impact threw people to the ground in a town 40 miles away. Shock waves rippled around the world, and "glowing clouds" were seen.

NASA recently reexamined the "cold case" of the Tunguska strike.

The impact happened in such a remote area that only a few dozen people even saw it. Media at the time speculated that it could have been a volcanic eruption or a mining accident. The idea of an asteroid strike seemed farfetched, NASA said in a release.

Scientific research wasn't carried out around the impact area until the 1920s. But researchers couldn't find asteroid fragments or a crater.

"Tunguska is the largest cosmic impact witnessed by modern humans," said David Morrison, a planetary science researcher at NASA's Ames Research Center, in a statement. "It also is characteristic of the sort of impact we are likely to have to protect against in the future."

Six years ago, an asteroid entered Earth's atmosphere over Chelyabinsk, Russia. It exploded in the air, releasing 20 to 30 times more energy than that of the first atomic bombs and generating brightness greater than the sun. It damaged more than 7,000 buildings and injured more than 1,000 people. The shock wave broke windows 58 miles away.

It had gone undetected because the asteroid came from the same direction and path as the sun.

And it explains why astronomers and the Asteroid Day group want people to be aware. According to a Pew survey, 62% of adults in the United States think that one of NASA's top priorities should be monitoring asteroids or objects that could hit Earth.

NASA and other space organizations around the world are focused on detecting the threat of near-Earth objects or NEOs, asteroids and comets whose orbits place them within 30 million miles of Earth.

Tthere are no known NEOs that post a significant threat. NASA's NEO program funds and relies on detection and tracking efforts from observatories across the country and in space and collaborates with observatories around the world.

Researchers modeled the Tunguska and Chelyabinsk events on computers to understand how damage can occur from asteroids entering our atmosphere, even when they break apart in the air.

The analysis provided a promising discovery. Four computer models arrived at a similar picture of what happened at Tunguska. The asteroid was probably rocky, not icy, and between 164 and 262 feet across, and entered our atmosphere at 34,000 miles per hour. This created the energy equivalent to the Mount St. Helens volcanic eruption in 1980, between 6 and 9 miles above the ground.

The researchers found that the interval between such devastating potential asteroid impacts on Earth is one of millenia, not centuries, based on the known asteroid population.

"Because there are so few observed cases, a lot of uncertainty remains about how large asteroids break up in the atmosphere and how much damage they could cause on the ground," said Lorien Wheeler, NASA Ames researcher working on the agency's Asteroid Threat Assessment Project. "However, recent advancements in computational models, along with analyses of the Chelyabinsk and other meteor events, are helping to improve our understanding of these factors so that we can better evaluate potential asteroid threats in the future."