On Fort Bragg, many resources rise to support families in need 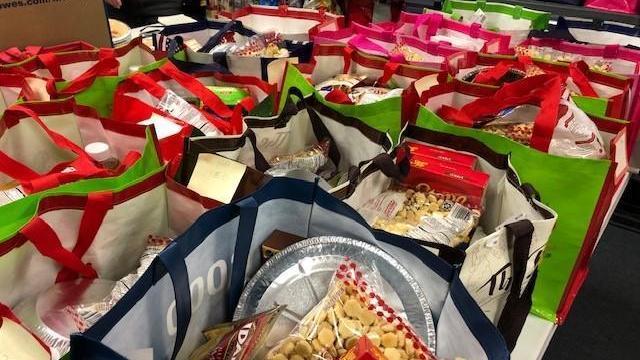 Fort Bragg, N.C. — The pandemic has put a strain on military families struggling to make ends meet. There has been great demand for food and other services provided for soldiers at Fort Bragg.

The Armed Forces YMCA on post provides food, clothing and other services for families in need.

Rachel Szabo lost her job as an interior designer earlier this year. Her husband is in the 82nd Airborne Division. The couple is expecting their first child next week. Szabo says the YMCA food bank has helped the family get through some very tough financial times. 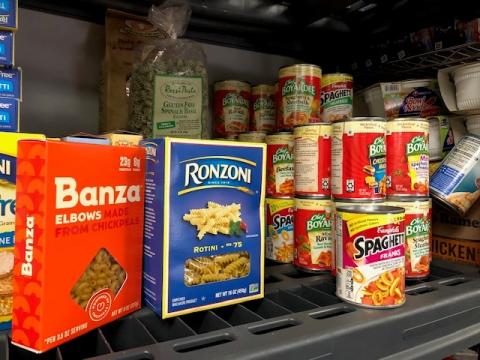 "I usually come once a month to pick up groceries, and it's a variety of different things," she said.

"I think more families need to feel comfortable enough to come forward and say, 'I do need help,'" she said.

The food bank is just one of dozens of programs Fort Bragg offers its soldiers, especially in times of need. Army Community Services can assist in a variety of ways. They give no-interest loans and grants. They can also help with funeral expenses, rent and utilities.

When the pandemic hit, a lot of military families lost income as spouses were laid off. Those spouses have about a 6% higher national rate of unemployment as their civilian counterparts.

"I think the big thing is when you have two people making income and one person stops making that income –especially when they have a larger family – that's a shock to any family," said Scott Pence, Fort Bragg garrison commander.

Since the pandemic began, he has put an emphasis on communicating about the resources available to all soldiers, and the food bank has become essential for hundreds of families at Fort Bragg.

"We've stabilized here over the past few months as families have been able to plan and budget and seek other sources of support, but we've given out 35,000 pounds of food this year here at Fort Bragg," Baumgarten said.

The YMCA gets food donations from individuals, and they have sponsorships with corporations and some foundations. Units on post also sponsor food drives to help keep the shelves well stocked for fellow soldiers in need.