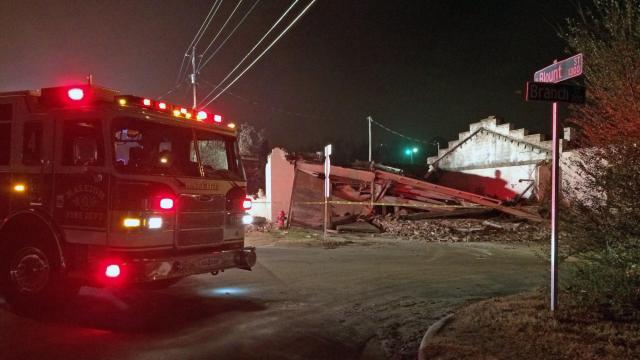 The building, which had been empty for several years, came down late Wednesday when two of its walls gave way.

Authorities blocked a section of South Blount Street following the collapse while crews checked the rubble for people.

No information about the cause of the collapse has been released.