Old Burying Ground: 300-year-old cemetery is one of the oldest in NC 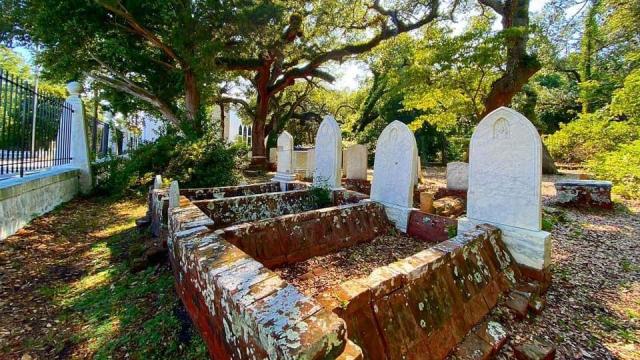 Most remnants from the 1700s in NC have been lost to time – washed away by hurricanes, destroyed by cannon blasts or burned away in fires. Some entire towns were abandoned and destroyed.

But along the coast of North Carolina, where some of our oldest cities date back to colonial days before the United States even existed, is a 300-year-old graveyard. Walking through The Old Burying Ground, with ivy-covered graves and gnarled, ancient Live Oaks curled overhead, is like stepping back in time. 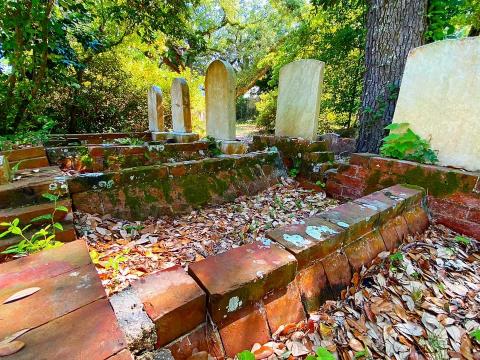 The oldest section has graves dating back to 1711

The oldest graves in the Old Burying Ground in Historic Beaufort are so faded by centuries of wear that historians can't even decipher their epitaphs. They are estimated to be from the very early 1700s.

The cemetery itself was originally used for Anglican church services in St. John's Parish, but was deeded to the town in 1731. Therefore, we can guess the graves could be as old as the 1730s, if not older.

Early settlers often didn't have access to the solid stone grave markers we see today. They may have marked graves with headstones made of wood, bricks or even shells. If a family was very poor, they may have only been able to mark a grave with a personal item, such as a cup or a shoe.

The earliest legible date in the Old Burying Ground is from 1765, but it's very likely some graves are older. 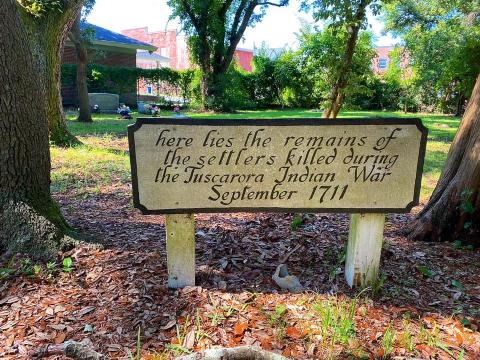 A little girl who died at sea; a British soldier who was buried standing up

There are three centuries worth of North Carolina stories buried in the Old Burying Ground.

One tragic tale is the story of the Girl in the Rum Barrel, who died at sea while returning to America with her father after a trip to Europe. She had passionately wanted to see the land of her ancestors. While her mother worried deeply about sending her on such a long and dangerous ship ride, her father assured her he would keep their daughter safe and return home with her.

Sadly, the girl died at sea. She would have traditionally been buried at sea, cast into the ocean, but heartbroken and not wanting to break his promise to his wife, her father bought a barrel of rum and stored her body in there until they could return home and bury her in the Old Burying Ground. 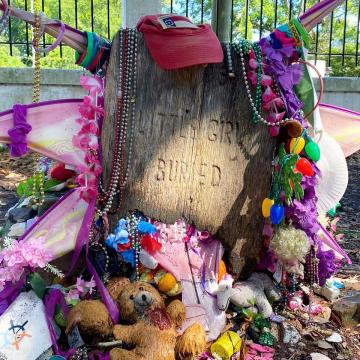 Although she lived and died around 300 years ago, her grave is covered in toys from hundreds of visitors who have been moved by her story. It's become a tradition to leave a small toy or trinket on her grave.

Another man buried here was man who served as a British officer during the Revolutionary War. He was buried standing up "in rebel's ground," wearing a full dress uniform and facing England, saluting the king.

Another man, Captain Otway Burns, is buried with a cannon captured from a pirate ship on his grave. 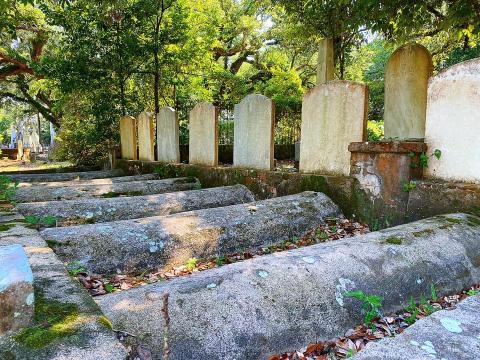 Other remnants from the 1700s and towns that washed away

The coastal area has quite a few remnants from the 1700s –– although many are standing today as ruins.

A ghost town near Wilmington known as Brunswick Town was wrecked and abandoned during the Revolutionary War. The remnants of houses and a huge church can still be seen – with some holes where cannons and gunfire struck.

The remnants of a pre-Revolutionary governor's mansion can also be found nearby. The ruins of Russellborough mansion are open for visitors.

Although roughly 150 years younger than the Old Burying Ground, one graveyard in North Carolina serves as a 'secret garden,' with trees from around the globe and ivy-covered graves in a Gothic-Revival churchyard.

Do you have an idea for a piece of Hidden History we should explore? Email our Hidden Historian at hleah@wral.com.