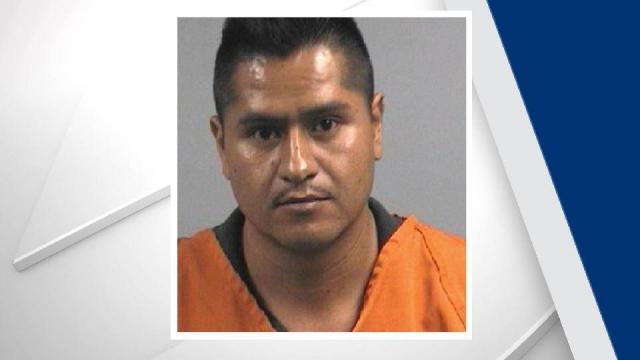 Goldsboro, N.C. — Investigators believe the death of an estranged couple in Wayne County is the result of a murder-suicide.

On Sunday around 10:45 p.m., deputies with the Wayne County Sheriff's Office responded to a report of an assault at a home located at 1351 Ditchbank Road in Goldsboro. At the scene, they discovered the body of Karla Ayde-Garcia Arellano, 25, who lived in the home. Officials said she was on the bathroom floor and that she had a large amount of blood around her head and face.

According to officials, Arellano's family members were with them at the scene.

About an hour later, around 10:50 p.m., deputies were again dispatched to the 1300 block of Piney Grove Road in Seven Springs. They found Javier Garcia Aguilar, 35, slumped over the steering wheel of a car sitting in the middle of the road with its lights on and motor running. Officials confirmed that Aguilar died at the scene of a self-inflicted gunshot wound.

A passerby had noticed the car and called 911.

Investigators determined that Arellano and Aguilar were husband and wife who lived together with two children in the home on Ditchbank Road.

According to family members, they had recently parted ways but had met again on Sunday because Aguilar wanted to attempt to reconcile the relationship. Family members said the talk resulted in an argument.

Investigators say Aguilar dropped his kids off at the Arellano's parents' home in Goldsboro around 10:30 p.m. Worried for their daughter's welfare and concerned about Aguilar's strange behavior, the grandparents drove to her home and discovered her body.

The case remains under investigation, but detectives believe that this was a murder-suicide. No other suspects are being sought.

The cause of death for Arellano has not yet been determined.