At 9 a.m. on Friday, the unit will detonate the bomb. Officials said no damage to nearby structures is expected, but they warned people in Buxton might hear the detonation. A mass phone notification will send a warning to all nearby residents at 8:30 a.m. on Friday. 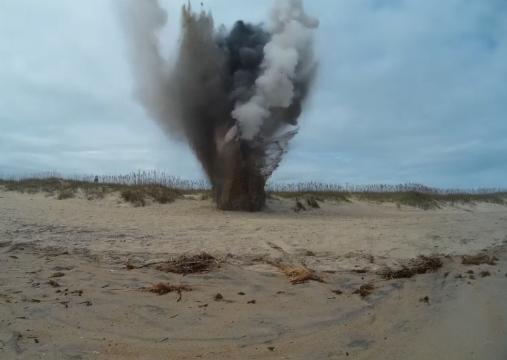 A half-mile safety perimeter has been set up around the buried bomb. The following areas are closed until the disposal unit detonates the bomb and determines the perimeter is safe:

The object had barnacles and other signs it had been in the sea for a while.