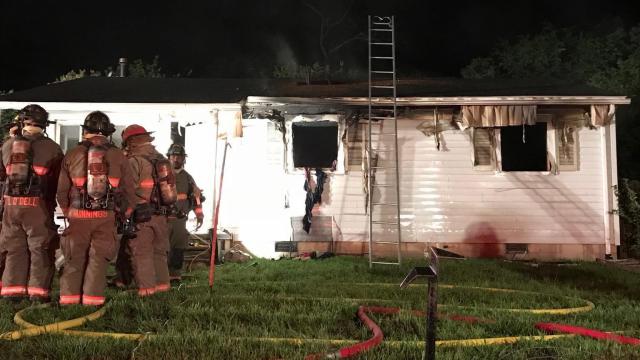 Durham, N.C. — A fire at a home in Durham on Monday has displaced a family of five, and firefighters say it was caused by a child playing with a lighter.

According to officials, the Durham Fire Department responded to a home on 2001 Angier Avenue around 2:15 a.m.

The fire, which was showing from the front of the one-story home, was quickly extinguished, but heavy damage was reported inside the home.

The American Red Cross is assisting two adults and three children who were displaced in the fire. No injures were reported.