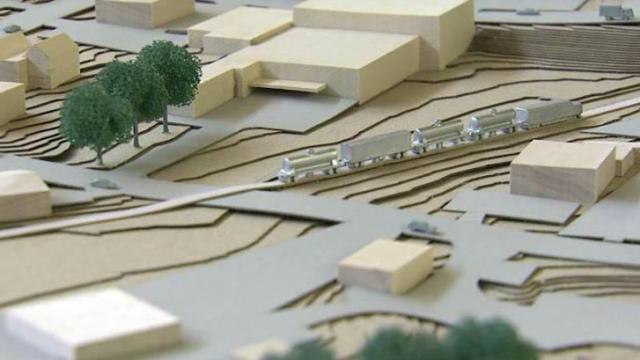 “The Union Station project stands to change the economic development potential of the Warehouse District,” Raleigh Mayor Nancy McFarlane said in a press release. “The station will replace what is currently an underutilized collection of warehouses and vacant land with a new city landmark that will not only serve as a multi-modal transportation hub but also a civic space with potential for special events and expanded dining and entertainment options downtown.”

Raising money for the station has at times been a bumpy road for city officials. After the N.C. Department of Transportation reneged on a promise of $15 million in early 2013, the project picked up another $10 million grant from the feds later that year.

The city will contribute between $18 million and $19 million to the facility's total $79.8 million budget. The state will contribute $9 million, with the remainder funded by federal programs.

“Our administration is committed to investing in infrastructure and transportation to help connect all regions of North Carolina with jobs and opportunity,” Gov. Pat McCrory said in a press release. “Breaking ground on Raleigh’s Union Station is one more example of how the state is working with cities and local communities to achieve this goal. This multi-modal transit station will create jobs and connect people throughout our state for generations to come.”

Planning for the station has been in the works since the 1990s and has long been a part of the city's draft master plan. Construction of the facility is a joint project between the N.C. Department of Transportation and the City of Raleigh as part of an effort to improve the rail corridor between the capital city and Charlotte.

McCrory, McFarlane, U.S. Rep. David Price, as well as state and national transportation officials, were on hand for the ceremony.