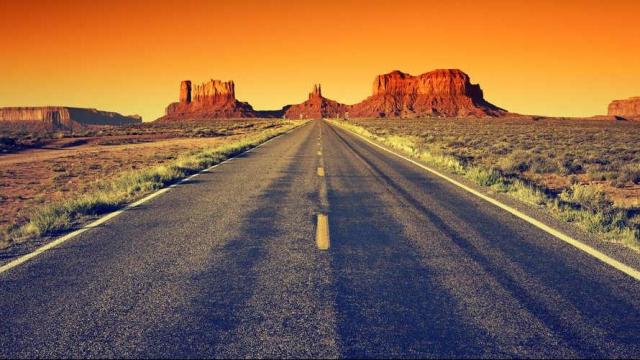 My older brother Michael taught me many things.

He taught me to hold vinyl records gingerly at the edges, so I wouldn’t smudge them, and how to wipe them down with a soft cloth before returning them to their sleeves.

He taught me to love classical music, to conjure 1001 Arabian Nights tales while listening to Rimsky-Korsakov’s “Scheherazade.” And he taught me about jazz and the wondrous Fats Waller.

Even before I could drink, he taught me never to buy wine that didn’t have the words “Appellation Contrôlée” on the label.

Michael, 17 years older, taught me how to tie my shoes, scrub under my fingernails, parallel park, brew loose tea, play bridge and Scrabble, and how to differentiate between “nauseous” and “nauseated.” He taught me that Dashiell Hammett’s San Francisco and Jelly Roll Morton’s New Orleans were the epitome of cool.

He could not teach me not to be terrified of roller coasters. But in everything else, I was an eager student.

We were always very close. But when George W. Bush was president, a chill entered the relationship. At family holiday dinners, Michael, a conservative like most of my family, would mock me about my critical columns on the Iraq invasion.

And then there was, and I did.

When Michael died after a bout with pneumonia in 2007, I sat on my couch for days and grappled with how my job had hurt our relationship. I never wanted to go through that again.

And then Brett Kavanaugh was nominated to the Supreme Court.

My brother Kevin had been his basketball coach at Georgetown Prep in suburban Maryland. They stayed friends for the next 35 years, and he sometimes referred to Kavanaugh as “half a rung below my own sons.” Kevin gave interviews to The Wall Street Journal and The New York Times, describing how the teenage Kavanaugh willed himself to be a better shooting guard and showed leadership on the basketball court.

“If the other boys started to misbehave, he would say something to get them back in line,” Kevin wrote in a piece for IrishCentral, adding, “He is the epitome of a normal guy, a Jimmy Stewart type, well liked and well respected in the same breath.”

Months before, I had planned a trip for Kevin’s birthday to Monument Valley, the dramatic landscape on the Utah-Arizona border where John Ford made his iconic westerns with John Wayne. Kevin is a huge film buff; at the first sign of an often imaginary sore throat, my mother would pull him out of first grade and take him to the movies.

We were due to fly out there the first weekend in October. Then, just like Anita Hill, Christine Blasey Ford was dragged into the spotlight after telling her story to Democrats. Her scalding accusations against a man about to ascend to the Supreme Court riveted a rived nation.

The Jesuit-run Georgetown Prep, where Kevin had coached for 25 years and where his three sons had gone to school and where Neil Gorsuch also went, morphed from being heralded as a Supreme Court feeder school to being depicted, as Kevin disgustedly put it, as “a drunken roadhouse overflowing with testosterone.”

Friends of Kavanaugh say they approached Blessed Sacrament, the Chevy Chase church where my sister sometimes sits behind the Kavanaughs at the 5:30 p.m. Mass, to see if they could offer a “show of support” Mass for the beleaguered judge. The Mass didn’t happen; perhaps the church considered it too political.

Kevin was distraught. He went on local TV to defend Kavanaugh, saying, “I used to kid Brett that he was 30 when he was 16.”

My sister told me that if I sided with Blasey, Kevin would cancel our trip west. I disagreed with Democrats who said that women should automatically be believed. Think about Rolling Stone and the “Jackie” story it entirely retracted because it was based on a made-up account of gang rape and some of the later Kavanaugh accusers whose stories fell apart. But women have an absolute right not to be disbelieved without further examination.

As with Michael, I was once again balancing love of family with my job. I wrote two columns about the Blasey-Kavanaugh hearings that upset my family. One of my nephews emailed to upbraid me for not defending Prep. Another told me that he was the only one in the family sticking up for me. My conservative sister bit her tongue with me, although she had already severed ties with her movie club over a Kavanaugh debate turned frosty.

Kevin did not cancel the trip. The Saturday we arrived, Mitch McConnell rammed through Kavanaugh.

We went to Goulding’s Lodge, where Wayne and Ford stayed when they made their movies. At night, after a dinner of Navajo tacos and amazing Navajo fry bread and nonalcoholic wine — no alcohol on the Indian reservation — we repaired to a tiny theater where they screened those films — “Stagecoach,” “The Searchers” and “She Wore a Yellow Ribbon.”

By day, we drove around admiring the breathtaking mesas, millions of years old, including the local favorite, Mittens, two striking formations that look like shale and sandstone mittens. The Navajos once believed they bolstered the sky.

This was where Ford and Wayne forged an identity for America that lasted for decades. As Garry Wills wrote in the 1997 “John Wayne’s America”: “He embodies the American myth. The archetypal American is a displaced person — arrived from a rejected past, breaking into a glorious future, on the move, fearless himself, feared by others, a killer but cleansing the world of things that ‘need killing,’ loving but not bound down by love, rootless but carrying the Center in himself.”

Joan Didion, in the 1965 essay “John Wayne: A Love Song,” wrote that “in a world we understood early to be characterized by venality and doubt and paralyzing ambiguities, he suggested another world,” a land of cottonwoods where a man “could make his own code.”

As we drove, I contemplated the world of white patriarchy and colonialism that is now over, no matter how hard Donald Trump tries to milk it, and the bitter struggle to break out of the chrysalis with a new, inclusive American identity.

We are in a war over what kind of country we want, with Trump as the demonic ringmaster. This Thanksgiving weekend will be brutal for many. For those who believe that this is a national emergency, severing ties may feel like a moral imperative. The Times even has an Angry Uncle Bot to practice Thanksgiving conversation on, so things don’t spiral out of control when you encounter your irate relatives IRL.

Based on a recommendation given to me long ago by John McCain, Kevin and I went on a day trip to the eerily beautiful Canyon de Chelly in Arizona.

With trepidation, as we drove on a long stretch of road on a Navajo reservation, I broached the subject of politics.

Kevin voted for Trump — along with his wife and sons — because he wanted a conservative Supreme Court and he didn’t want Hillary Clinton in the White House. And after Gorsuch and Kavanaugh, they all became fervent Trump supporters.

When I pressed him about Trump’s pattern of egregious, lawless and value-free behavior, Kevin admitted that he often winces at the president’s “style” but simply waits for the “crazy” periods to pass and focuses on the things he likes. “A lot of the stuff he says is taken out of context,” Kevin said. “You’ve got news reporters becoming opinion writers, and that’s not what they’re supposed to be doing and that’s not a fair press.”

He does not, however, identify with Trump bashing the elites. As a paper salesman, he worked hard to earn enough money to pay for good schools for his kids. “I’m reading these articles where suddenly ‘elite’ is a dirty word,” he said. “I mean, when Prep was described as an elite high school when I was looking for a high school for my kids, I was thrilled that it was elite.”

He said he watched Blasey’s testimony and saw it this way: “I thought she was sympathetic but not credible because she had no facts. I think something happened to her, but it wasn’t him. I was hoping Trump wouldn’t do something stupid that would upset things, so when he mocked her, I cringed.”

He said that the #MeToo movement “certainly had a legitimate reason for being invented, but they run a terrible risk, just like the feminists did with Bill Clinton when they decided to give him a pass even though what he was accused of would have been death for any other politician. So if they’re going to say that due process should be suspended in certain cases, they’re going to delegitimize their own movement.”

I told him that I worried about the estrangement I went through with Michael, but that I had to be honest in the column. I thanked him for not going on TV to burn me, like Laura Ingraham’s brother, or those six siblings of Republican Rep. Paul Gosar of Arizona who did ads during the midterms supporting his Democratic opponent.

“If you did an unfair hatchet job on him, I’d be very upset,” Kevin said of Kavanaugh. “But politics should not be the determining factor in your life, high up on your emotional scale. You should realize that family always is more important. I always used to teach my kids growing up, when they’d have fights, I said, ‘Just remember, when you really need somebody, the only one that’s going to be compelled to run toward you is your family, not your friends.'”

When we got back to the inn, with the desert monuments blazing red in the sunset, the Kavanaugh ceremonial swearing-in at the White House was starting. We sat down in front of the TV, next to each other and yet so far apart.

When Kavanaugh thanked his “amazing and fearless” friends, including those from the “coaching” world and his “tightknit Catholic community here in the D.C. area,” I looked over. A tear was running down Kevin’s cheek.

And then I started to cry, too, because I was thinking of Michael and what was lost, and Kevin and what I hope won’t be lost. And because, more and more, it seems that Donald Trump’s genius for hate and division has driven us all into a canyon that we won’t easily be able to climb out of.

I worry that it will be a long time before we can talk across our jangly, angry chasms.