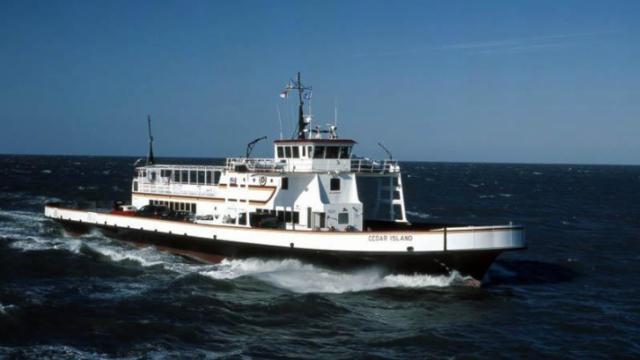 “It happened so fast. The boat flipped and we were thrown into the water,” John Hoffman told state Department of Transportation officials.

Capt. Steven Goodwin of the M/V Cedar Island, which was making the 8 p.m. run from Ocracoke to Cedar Island, was able to maneuver the ferry into position to launch its 16-foot rescue boat. Crew members Glenn Salter and Daniel Smith piloted the rescue boat in 4- to 5-foot seas and 30-knot winds to pull the Hoffmans from the water, officials said.

"They risked their lives to get those two people out of the water,” Goodwin said in a statement. “They deserve all the credit. They performed the rescue at night in some of the worst conditions possible.”

The ferry then returned to Ocracoke, where operations staff fed the Hoffmans, gave them dry clothes and provided them a chance to contact family members.

“We are so grateful for everything the ferry crew did for us,” John Hoffman said. “We were very lucky they were so close by and able to get to us. They probably saved our lives.”

After the rescue, the ferry resumed its run to the mainland.