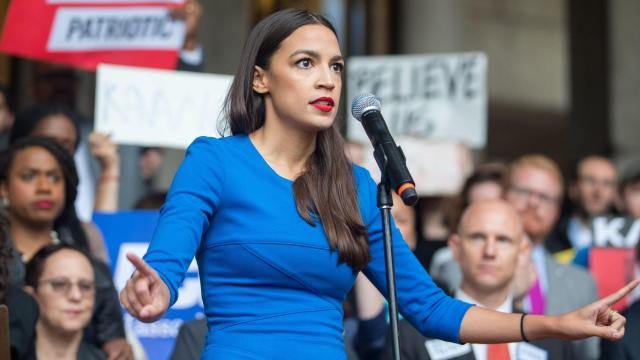 (CNN) — Rep. Alexandria Ocasio-Cortez has secured a seat on the House Financial Services Committee, giving the freshman New York Democrat whose sizable political influence was built in large part on her populist progressive economic message a voice on the powerful oversight panel.

Ocasio-Cortez announced her assignment in a tweet Tuesday night.

"I am very grateful for the opportunity to sit on this committee as a freshman, and look forward to working under the leadership of @RepMaxineWaters!"

In another tweet, she wrote: "Personally, I'm looking forward to digging into the student loan crisis, examining for-profit prisons/ICE detention, and exploring the development of public & postal banking. To start."

The committee, which is now under the Democratic leadership of California Rep. Maxine Waters, is being closely watched as the party weighs how it will use its oversight power to investigate various parts of President Donald Trump's administration and personal finances. The committee also deals with financial regulations, though the prospect of sweeping reform is muted given that Republicans control the Senate.

Politico reported last week that Ocasio-Cortez sought a seat on the powerful Ways and Means Committee, upsetting some veteran House Democrats, who typically assign seats to that panel to more veteran lawmakers.