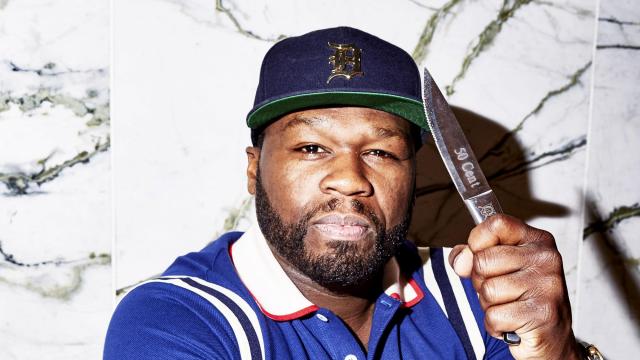 The New York Daily News reported Sunday that Deputy Inspector Emanuel Gonzalez, who is commander of the city's 72nd precinct in Brooklyn, allegedly told officers to shoot 50 Cent "on sight" during a roll call in the station house. New York police did not confirm the date the alleged comment was made.

The Daily News reported the incident was not recorded and that Gonzalez tried to pass off the comment as a joke.

The "In Da Club" rapper responded to the story Sunday on his social media accounts.

"This is how I wake up this morning, This guy Emanuel Gonzales (sic) is a dirty cop abusing his POWER," 50 Cent said on Twitter. "The sad part is this man still has a badge and a gun. I take this threat very seriously and im (sic) consulting with my legal counsel regarding my options moving forward."

50 Cent also called Gonzalez an "embarrassment" to law enforcement and said the officer needs to be "dealt with." The entertainer also wrote on Twitter that there are some "good people working in Law Enforcement. Like the officers that reported what he said to them."

Roy Richter, president of the NYPD Captains Endowment Association, called the allegations against Gonzalez "completely false," in a statement to CNN Sunday.

"It was 50 Cent who put the safety of the Inspector and his family in jeopardy by publishing a threatening tweet that called for violence last year," Richter said, referring to a now-deleted social media post that allegedly appeared to threaten a police officer.

McRorie confirmed to CNN Sunday that the NYPD, on behalf of Gonzalez, filed a formal complaint against 50 Cent for aggravated harassment in May 2018 after the now-deleted post.

Representatives for the entertainer said he is taking the threat seriously.

"He is concerned that he was not previously advised of this threat by the NYPD and even more concerned that Gonzalez continues to carry a badge and a gun," the rapper's representatives said in a statement.