Nuclear bunker, 200 feet of tunnels and a fire lead to a murder charge in Maryland 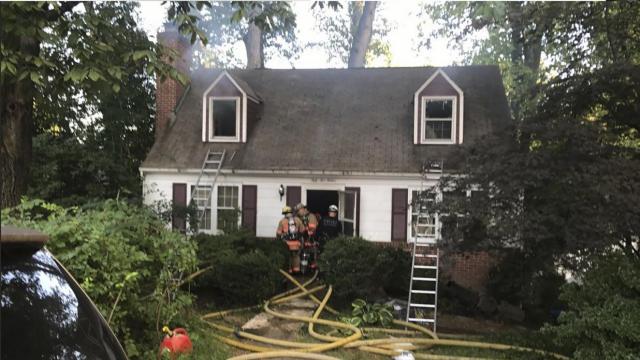 A man in Maryland has been charged with murder after his secretive project to build an underground nuclear bunker ended with the death of a worker hired to dig the network of tunnels.

The trader, Daniel L. Beckwitt, 27, “was concerned about the increase in international tensions, and in particular North Korea’s acquisition of long-range ballistic missiles, and he was in the process of building a secure location for himself,” said his lawyer, Robert C. Bonsib.

Officials were called on the afternoon of Sept. 10, when a fire broke out at Beckwitt’s home in a leafy residential neighborhood in Bethesda, Maryland, northwest of Washington.

Police officers and firefighters responded and spoke with Beckwitt. In the basement, they “discovered the naked, charred body of a deceased male,” court documents said.

They also found a hole in the basement floor, with an entrance shaft that dropped about 20 feet down and fanned out into tunnels spanning about 200 feet underground.

The man who was found dead, Askia Khafra, 21, had been working to dig the tunnels. The medical examiner determined that the cause of death was smoke inhalation and thermal injuries.

Beckwitt, who had made profits “in the seven figures” over the years by trading stocks, had been trying to keep himself safe in the event of a nuclear attack and had been working with Khafra for months, Bonsib said.

He added that Beckwitt had invested in Khafra’s entrepreneurial ventures in the past, so when he sought help to dig the tunnels, Khafra “was an experienced, willing participant” who returned to the house multiple times and posted pictures of himself, underground and wearing safety gear, on social media.

Court documents indicate that on multiple occasions, Beckwitt gave Khafra a ride from Silver Springs, Maryland, to the house in Bethesda but had him put on blackout glasses on the way and told him the house was in Virginia, so that Khafra would not know exactly where he was working.

The house was “maintained in ‘hoarder’ conditions (immense piles of garbage and discarded items strewn throughout the home) with narrow mazelike pathways throughout,” the court documents said.

They added that “the substantial electrical needs of the underground tunnel complex were served by a haphazard daisy-chain of extension cords and plug extenders that created substantial risk of fire,” and that Beckwitt was aware of an increased fire risk in the hours before the blaze. Prosecutors said Khafra had sent a text message about a smoky smell, and Beckwitt had tried flipping a circuit breaker.

Bonsib said that after the fire broke out, Beckwitt tried twice to rescue Khafra but could not because he was overcome by the smoke, and that he was later hospitalized for facial burns and smoke inhalation.