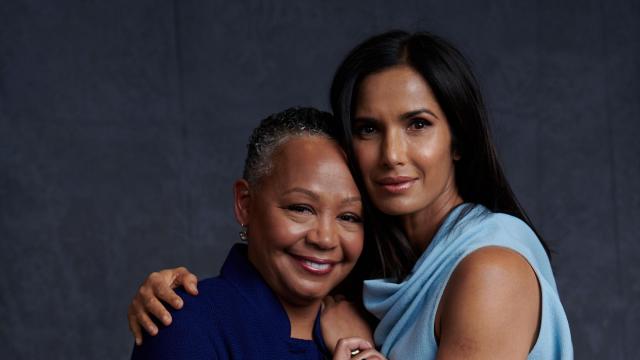 Padma Lakshmi says she believes in redemption for men brought down amid the #MeToo movement. But that redemption should come from genuine remorse and understanding of the impact of their actions, as Lakshmi said last week, and shouldn’t be driven by a man’s being good at a certain job.

“Their talent is not somehow a pass,” she said at the DealBook conference. “It does not exempt them from really having to be disgraced, because what they did was disgraceful.” The audience erupted in rare midpresentation applause after her comments.

Lakshmi and her fellow panelist, Lisa Borders, formerly the president of the WNBA and the new chief executive of Time’s Up, a legal advocacy group for women in the workplace, discussed how the #MeToo movement continued to revolutionize gender dynamics across the workplace and culture, in social circles, and in sports and education. Both have become vocal leaders.

Lakshmi, the host and an executive producer of “Top Chef,” as well as a model, revealed in an op-ed article in The New York Times in September that she was raped at age 16, empathizing with women who waited years to disclose sexual assault.

The article was published as two women came forward to detail accusations against Brett Kavanaugh, a Supreme Court nominee at the time, and President Donald Trump questioned why one of the women, Christine Blasey Ford, didn’t report the incident when it happened more than 30 years ago.

Borders and Lakshmi described the need for a cultural shift, not just in the workplace, but particularly in how men are socialized and boys are raised.

“We need to stop equating aggression and masculinity, because I think that’s a big part of it,” Lakshmi said.

Borders said there needed to be more transparency, particularly on the issue of salaries, so women would know if they were being underpaid. She said that companies should understand that policies and practices that empower women also help organizations as a whole.

Both women said the ability to share stories through social media had helped strengthen the #MeToo movement and create a time of real social change. Borders said there was recognition among survivors of sexual abuse that their stories were not “our burden to bear, but society’s burden to bear.”

Following are excerpts from their conversation with Andrew Ross Sorkin. They have been edited and condensed.

Sorkin: Lisa, help us understand — you were running the WNBA before you took on this role, and so I want to understand what led you to decide that this was what you wanted to do. What was it about this moment?

Borders: I had the privilege of running the WNBA for almost three years — we call it three seasons in sports — and that was an effort certainly to elevate women in professional sports. And what I saw in this movement was an opportunity to elevate women in every sector in every industry across the globe, so to take the work that I’ve done for almost four decades and pursue it beyond one industry was really compelling for me.

Lakshmi: I think a lot of us before social media were walking around thinking, “It only happened to me.” I know that sounds weird, but it’s so embarrassing, it’s so shameful, it’s so painful, that you yourself want to forget that it’s ever happened. The last thing you want to do is have that be the thing that you’re known for in a professional situation. You already have enough obstacles to get to where you want to go.

Borders: When you look at what’s going on today, if you look throughout history, when we talked about civil rights we didn’t have conversations about that for forever either, until someone rose up and said, “OK, this is unacceptable — we’re not going to do this anymore.”

And so we owe a great debt to Tarana Burke and the MeToo activists who raised their hands first and said yes, we have this stain and we reject it. It is not our burden to bear, it is society’s burden to bear, and we must lift that stain.