Pinehurst, N.C. — In 1970, Jane Forsyth won Best in Show at the prestigious Westminster Kennel Club Dog Show and gave birth the next day.

“I have been in dogs since I was born,” Sioux Forsyth-Green said in her Pinehurst home.

Now 51, Forsyth-Green is headed to New York to judge at Westminster this weekend. It's one of the most prestigious dog shows in the world.

Her father, Bob Forsyth, was a dog handler in World War II, when dogs relayed messages from the front line to command centers. He was also a tank commander in the Korean War. 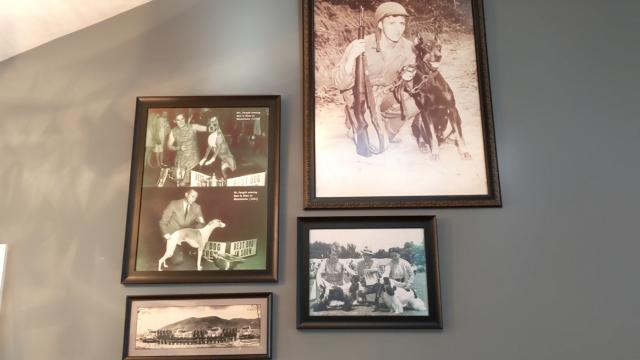 A whippet he showed won Best in Show at Westminster in 1964.

Forsyth-Green grew up surrounded by dogs. Her parents ran a large breeding kennel, and at 3 years old, she handled a dog that earned enough points to reach “champion” status.

That dog, a Japanese chin, belonged to a client of her mother.

“Dogs love children, and it would walk on a lead for me,” she said.

Her parents retired from the dog business when she was 11. Her parents told her if she wanted to keep showing dogs, she had to get a job with a handler.

She learned the ropes and in 1984 won became the American Kennel Club's top junior handler.

Even then, her parents didn’t allow her to miss school for dog shows.

“You didn’t miss school unless you were dying,” she said.

At age 20, she was handling dogs on her own.

Becoming a judge is a time-intensive process. It includes passing breed-specific tests, interviewing with the AKC and having at least 12 years of experience exhibiting dogs.

It’s not for the casual dog enthusiast.

Forsyth-Green is approved to judge 31 breeds.

And while it’s easy for a spectator to think a particularly cute dog should win Best in Show, Forsyth-Green and other AKC judges use specific breed standards when ranking dogs.

“Every breed was bred for a purpose,” Forsyth-Green said. “The breed standard exemplifies its purpose.”

A pointer, for example, needs strong back legs and a large lung capacity to run and hunt birds all day. A retriever needs a water-repellent coat so it doesn’t get weighed down swimming.

“You don’t want your duck dog at the bottom of the lake,” Forsyth-Green said.

Preparing a dog to be shown in competition is more than a full-time job, she said.

Handlers must get puppies used to being held and touched by humans and ensure they’re learning proper behaviors from their mother and littermates.

“No puppy should be separated from its littermates and mother before eight weeks,” Forsyth-Green said.

Handlers train dogs, exercise them and help them become award-winners, the best dog of their breed.

After a lifetime in dogs, Forsyth-Green doesn’t have a favorite breed. She’s drawn to pointers and boxers because she grew up with them.

“Each dog has a personality, so it’s not really a breed — it’s an individual,” she said. 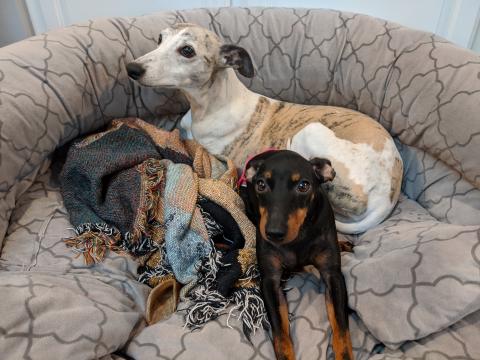 She lives in Pinehurst with her husband, Pete, and their four dogs: Birdie, a whippet; Scout, a toy Manchester terrier; and Ava and Jax, German shepherds.

When she was younger, Forsyth-Green thought she would go into advertising and design, but she kept handling dogs.

She renovated her parents’ home after they died, though, and memorabilia of their careers is visible as soon as you walk in. A chest showcases medals and ribbons with a plaque reading, “To Jane and Bob, from their many friends.” 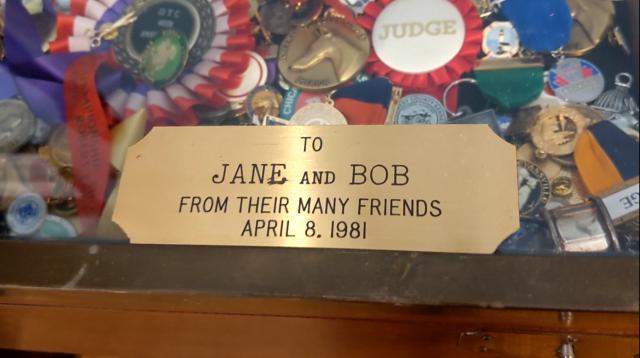 Two huge pictures hang on the wall, each parent winning Best in Show at Westminster.

She'll use her decades of lessons when judging the same competition this weekend.