Cary, N.C. — A woman got quite the surprise when she realized she had a flat tire in a Cary shopping center parking lot and a North Carolina State football player came to her rescue.

Mary Anne Rutkowski had left a store in Cary Crossroads Monday night when she discovered the flat tire. Wendy Williams offered to help.

"'(She said) my little boy here can change that tire for you.' So, I get out of the car and I see her little boy James, who is really tall," Rutkowski said.

"They didn't ask if I needed help. They just offered to help, and I thought that was extremely kind and generous," she said. 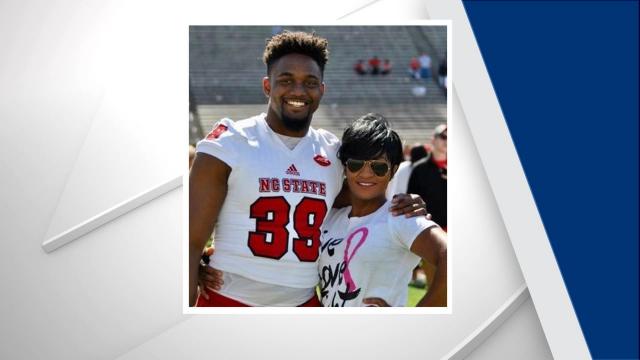 But this wasn't your average Good Samaritan.

"Come to find out its James Smith-Williams, No. 39 for the NC State Wolfpack," Rutkowski said. “He clearly was not the little boy I thought I was going to meet when she came up to the car.”

"How people deserve to be treated is really important," James Smith-Williams said. "She was all for it. She was super surprised but very thankful and grateful." 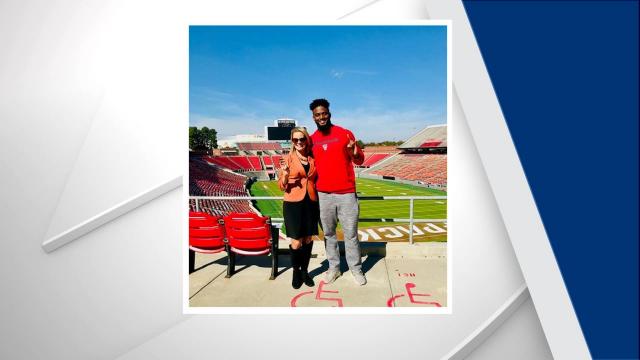 Smith-Williams’ talent on the football field is obvious, but his hidden talent with cars came from mom.

"My grandfather, he had three daughters. They all learned everything about cars. My mom passed it on to me," said Smith-Williams.

Rutkowski is an East Carolina University graduate, but she said she is "absolutely a James Smith-Williams fan."

"It’s just the way I was raised, always pay it forward. If you can do something, do something," he said. "You never know, down the road, my daughter might be stranded, and I would love someone to help her out the way I helped that lady."

After a couple hugs and a lot of thank yous, they went separate ways.

"They were just the nicest, most pleasant people that you could have imagined in a situation like this," Rutkowski said. "They really set the benchmark high on reaching out and helping people."

In addition to being an athlete, Smith-Williams, who is a junior, is a scholar. He already has a job waiting for him at IBM when he graduates.