Northbound I-95 lanes reopen near Dunn after crash 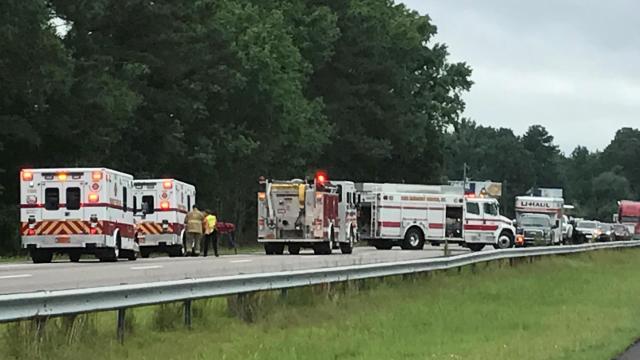 Dunn, N.C. — The northbound lanes on Interstate 95 reopened near Dunn early Saturday afternoon after a crash.

The crash happened near Exit 70 for Bud Hawkins Road. Troopers said a Virginia man was driving northbound when he ran off the road and crashed into the trees. He was pinned in the car for 30 minutes.

The driver, who was not identified, was airlifted to Duke Medical Center. Troopers said he injured both legs, but his injuries were not life threatening.

Troopers said neither alcohol nor cell phones were a distraction.

A second accident was reported on I-95 near the Harnett-Cumberland County line around the same time, and a third crash happened around 2:15 p.m. in the northbound lanes near exit 66.