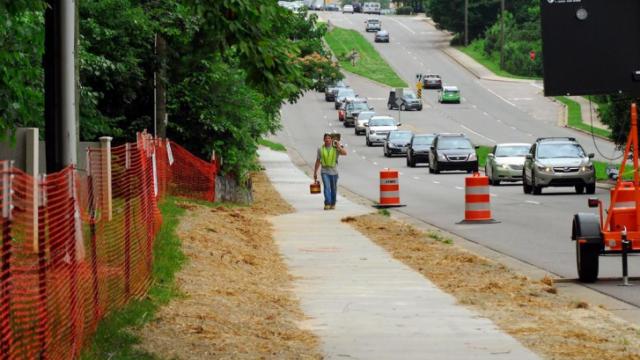 Raleigh, N.C. — The story of sidewalks on Fox Road, between Spring Forest and Sumner Boulevard, is a representative example of the state of sidewalks in Raleigh in general.

The Lundy and Cokley Families have paid, petitioned and voted for road improvements for nearly 29 years — sidewalks in particular for 10.

In an area that has seen tremendous growth during the past two decades, including the Triangle Town Center, large-scale apartment complexes and leading retailers such as a Target and one of Raleigh’s last-remaining 24-hour Wal-Mart Supercenters, the absence of sidewalks in front of the Lundy and Cokley homes’ and other sections along Fox road has led to confusion and consternation.

Fortunately for these families, sidewalk completion for the area is on the horizon.

For the residents of Fox Road, the improvements can’t come too soon.