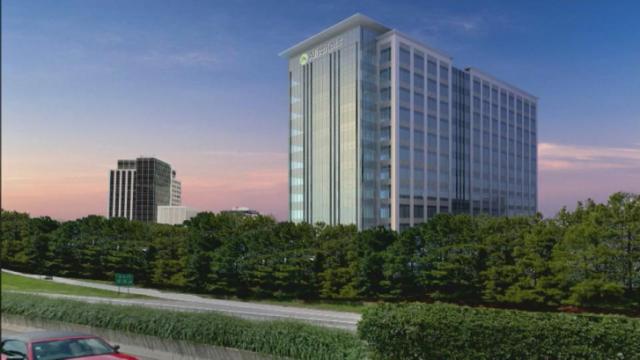 Raleigh, N.C. — North Hills in Raleigh will break ground Monday morning on a fourth high-rise tower on the east side of Six Forks Road.

Midtown Plaza will be home to Allscripts, a Chicago-based, multi-national health care company. At completion, it will stand 12 stories tall and will include about 330,000 square feet of office space.

Midtown Plaza is scheduled to be completed in the Spring of 2017.

The $66.7 million in financing for Midtown Plaza was arranged by SunTrust Bank.