North Carolina man wins $60 on scratch-off ticket, then buys another worth $1 million 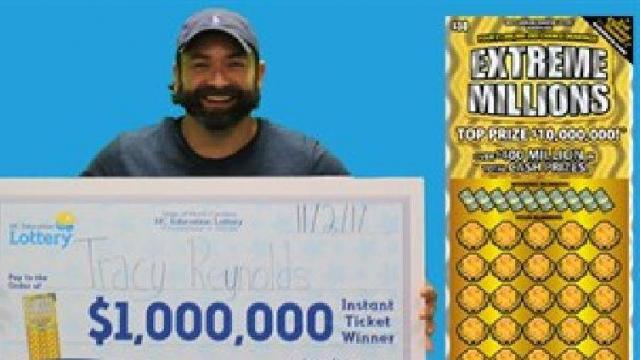 Lincolnton, N.C. — A North Carolina man who cashed in his $60 scratch-off lottery ticket, says he is glad he used the money to buy one more.

Reynolds stopped to get gas Sunday night at the Murphy Express on North Generals Boulevard in Lincolnton.

He decided to get a $30 Extreme Millions ticket. He said he won $60 on that ticket, so he decided to buy another one.

“I only had to scratch the first number to realize what I was holding,” Reynolds said. “I couldn’t believe it.”

He claimed his prize Thursday at lottery headquarters in Raleigh. Reynolds had the choice of taking a $1 million annuity that has 20 payments of $50,000 a year or a lump sum of $600,000.

He chose the lump sum. After required state and federal tax withholdings, he took home $417,015. He plans to use some of the money to get a new pickup truck, GMC Sierra.