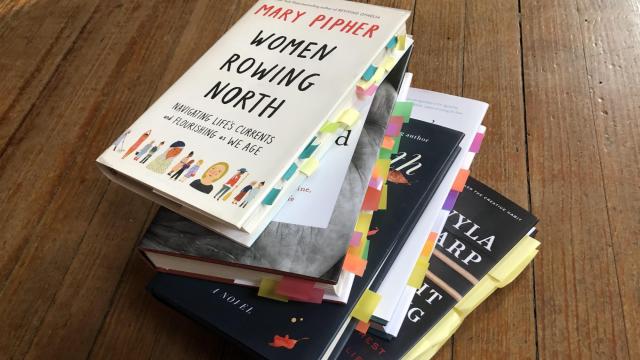 Raleigh, N.C. — When the North Carolina Book Festival is held this weekend, it will be the first time in the festival's 25-year history that it will be happening two years in a row. It will also mark the first time the festival has been run by the same organization for two consecutive years.

"The festival started in the mid-1990s as a joint venture between UNC, Duke and N.C. State," current festival co-director Jason Jefferies said. "The idea was that the festival would hop around from university to university."

With two public universities involved and one private, it was difficult to develop a financial plan to run the festival from year to year, Jefferies said. He was the event organizer in 2014 when it was held at N.C. State and soon after offered to help run the festival going forward.

"It became obvious that the model wasn't working for the universities," he said. "There was no financial model to move it around. You had to start anew each time."

Jefferies and co-director Chris Tonelli began running the festival in 2019. Both have local literary backgrounds. Jefferies hosts the podcast Bookin' and its companion blog on WRAL.com and is the general manager of Raleigh's Quail Ridge Books, while Tonelli founded the independent poetry press, Birds, LLC, curates the So & So Series and edits So & So Magazine. Tonelli, who is also an author, works at the libraries at N.C. State and co-owns So & So Books in Raleigh.

This year's festival includes a mix of cutting edge authors and best-selling international and national writers. North Carolina authors and some musicians are paired with visiting authors for select conversations.

Author Taylor Jenkins Reid will be in conversation with Sylvan Esso's Amelia Meath at Kings on Saturday afternoon. Reid's latest novel, Daisy Jones and the Six, is about a young rock star in the 1970s. It is currently being adapted into a limited TV series with Reese Witherspoon executive producing.

"We like to do outside of the box events, and it's fun for us and the authors because they get to do something different," Jefferies said.

The book fair this year has also expanded and moved to nearby CAM Raleigh.

Admission to the festival is free, but people can purchase tickets to the upcoming Arts and Lecture Series in March. Tickets for that are $85 and include books for each lecture series event, plus priority seating and signing line access for the series and this weekend's book festival.

"Chris and I do this festival for free," Jefferies said, noting that they don't take a salary and are able to keep it free to the public via sponsorships. Attendance is important, though, he added, saying that higher turnout means the event will likely stay free to the public for years to come.

"If you love literary events, it is important that you come," he said.