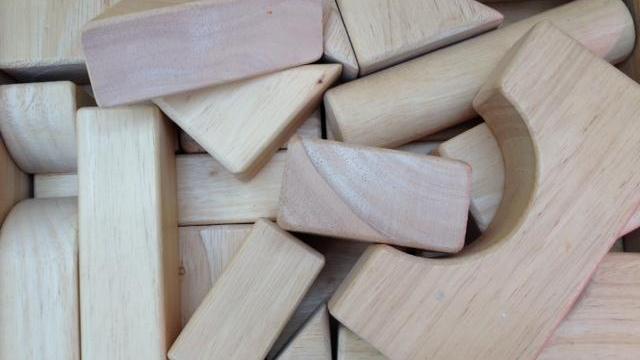 Your infant or toddler might have gotten a lot of electronic toys under the Christmas tree this year, but a new study says that all of those bells and whistles might actually slow down a child's language development.

The study, published online in this month's JAMA Pediatrics, found that electronic toys for infants that produce lights, words and songs were associated with decreased quantity and quality of language compared to playing with books or traditional toys such as a wooden puzzle, simple blocks and a shape-sorter, according to a press release.

Researchers at Northern Arizona University conducted an experiment with 26 pairs of infants and parents. The children were 10 months to 16 months old.

Participants received three sets of toys. There were electronic toys - a baby laptop, a talking farm and a baby cell phone. The second set included traditional toys such as a chunky wooden puzzle and a shape sorter. The third set consisted of five board books with farm animal, shape or color themes, according to the release.

Researchers studied audio recordings of the child and parent playing together at home. What they found was that curling up with a book with your little one might just be the best way to encourage language development and other skills.

Parents spent more time talking and saying words to their child when reading than playing with electronic toys or even traditional toys.

Those noisy, flashy toys produced the least amount of verbal interaction between the adults and children. There were fewer grunts and other verbalizations from the babies when playing with the electronic toys versus the books. The parents also used fewer words and responded less to their child.

There also were fewer words during play with traditional toys, but still more interaction between parent and baby than when playing with electronic toys.

"Digital features have enormous potential to engage children in play – particularly children with a higher sensory threshold – but it is important the child not get stuck in the toy/app’s closed loop to the exclusion of real-world engagement," according to the journal's editors. "Bells and whistles may sell toys, but they also can detract value."

Why does that quality verbal interaction mean so much to a young child? It involves more than just helping them develop their language skills.

"They lay the groundwork for literacy skills, teach role-playing, give parents a window into their child’s developmental stage and struggles, and teach social skills such as turn-taking and accepting others’ leads," the editors wrote.

There's more study and research to be done, but JAMA's editors suggest that parents should keep it in mind as they roam the toy aisles.

“These results provide a basis for discouraging the purchase of electronic toys that are promoted as educational and are often quite expensive," they wrote. "These results add to the large body of evidence supporting the potential benefits of book reading with very young children."