Nobody injured after crane tips over at construction site 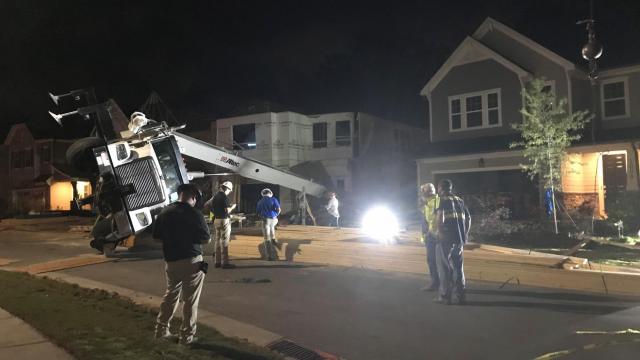 Cary, N.C. — There were no injuries after officials with the Town of Cary said a crane at the site where homes were being built tipped over on Tuesday.

Officials said they got a call around 7 p.m. of the incident, which happened in the 1000 block of Royal Stock Lane in Cary. The crane had tipped over and fell between two homes that were under construction.

One home had severe damage while the other had minor damage. There were no injuries.

The homes were under construction by Lennar Homes. Officials were still investigating what caused the crane to tip over. 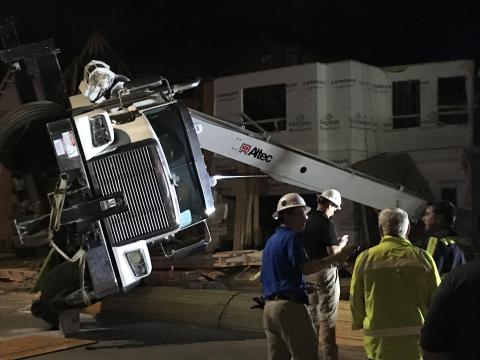