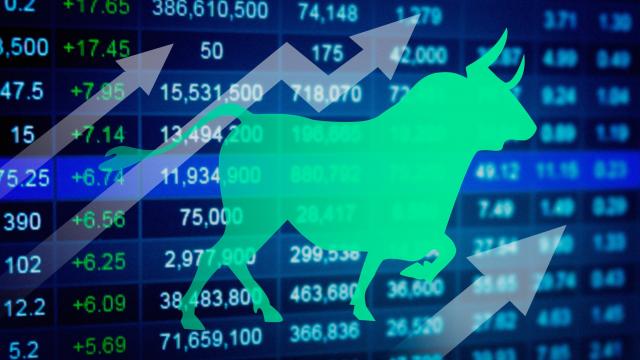 Wall Street continues to close its eyes, hold its nose and ignore the many risks facing the stock market and economy.

The Dow is up 2% this week and hit an all-time high Friday. If the blue-chip benchmark, which includes Apple, Coca-Cola, Disney and 27 other giants of American industry, finishes the day in the black, it will mark a sixth straight day of gains.

The S&P 500 and the Nasdaq both hit new records as well.

CNNMoney's Fear & Greed Index, which looks at seven indicators of market sentiment, is now in " extreme greed" territory. It was showing signs of fear just a week ago.

So much for concerns about the massive data breach at Equifax, hurricanes potentially putting a dent in the economy, terrorism fears and more dysfunction in Washington, huh?

Big tech stocks continue to lead the way, despite the fact that many tech industry leaders are at odds with President Trump regarding his stance on immigration, climate change and other policies.

Apple shares are up this week and near an all-time high after the launch of the iPhone 8, 8 Plus and X.

The continued rise in Apple's stock, as well as stock increases at Google owner Alphabet, Microsoft, Facebook and Amazon, have helped propel the Nasdaq to a 20% gain this year.

These five tech titans are the most valuable companies in the U.S. and many think that they can continue to do well even though there is a lot of uncertainty about fiscal policy in DC.

Think about it. Companies probably won't limit advertising on Google or Facebook just because Trump may be annoying members of his own party.

And if you still own an iPhone 6, you're probably itching to upgrade no matter what happens in Washington. With the holidays right around the corner, there's a good chance you might be buying your kids toys on Amazon and a new Microsoft Xbox One X console.

Terry Sandven, U.S. Bank Wealth Management chief equity strategist, added in a report that overall earnings growth for the broader market still looks strong, with analysts forecasting annual profit increases of about 10% this year and in 2018.

Sandven conceded that there is a bit of a "disconnect between rising stock prices and falling bond yields, a flattening yield curve, political wrangling and elevated geopolitical tensions." But he still thinks the stock market should grind higher.

Betting against the market has been a foolish endeavor. The bull has now been raging since March 2009.

There will inevitably be another bear market as well at some point. Still, investors don't seem terribly worried that a big pullback is looming right around the corner.