No verdict yet in alleged DA wife-hiring scheme 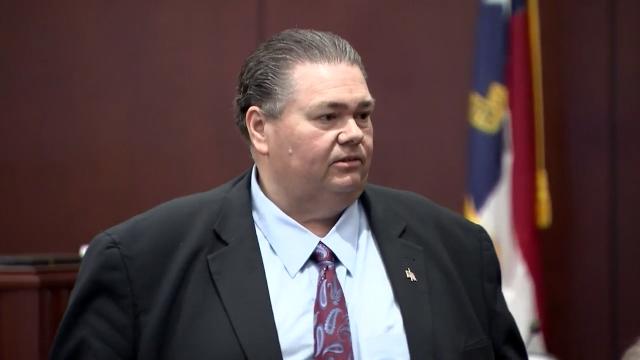 Raleigh, N.C. — Jurors deliberated for about five hours Thursday without reaching a verdict in the fraud trial of a former district attorney accused of providing a no-show job for a colleague's wife.

Wallace Bradsher, who resigned a year ago as district attorney of Person and Caswell counties, faces charges of felony conspiracy, obtaining property by false pretense, aiding and abetting obstruction of justice and failure to discharge his duties.

Craig Blitzer, who resigned last year as Rockingham County district attorney, testified last week, that he and Bradsher agreed in early 2015 to hire each other's wives to get around state ethics rules against prosecutors hiring spouses. He said Bradsher encouraged Cindy Blitzer to focus on her classes as she worked to complete her nursing degree.

Cindy Blitzer said she wanted to do more work for Bradsher and kept asking for assignments after a child homicide case was taken away from her in early 2016, but her requests were ignored. She said Bradsher was aware that she wasn't doing any work for months but was still getting paid.

Bradsher, who is representing himself, has called the case "an administrative failure" that doesn't rise to the level of a crime.

Prosecutors insist Bradsher hatched the scheme and then tried to orchestrate a coverup once the State Bureau of Investigation began looking into Cindy Blitzer's work.

Craig Blitzer pleaded guilty last year to failure to discharge the duties of his office and is awaiting sentencing. As part of his plea deal, he paid back the $48,000 investigators determined his wife was improperly paid.