No surprise: Paw Patrol Live was the second most popular special event at DPAC in 2017 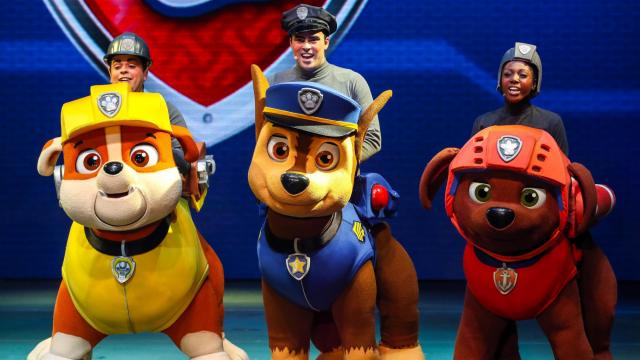 The Durham Performing Arts Center is ranked among the top theaters in the country for sales and attendance, thanks, in small part, to all of the parents who took their kids to Paw Patrol last year.

Trade magazines Pollstar, Billboard and Venues Today ranked DPAC in the top five venues in the country, writes Kathy Hanrahan over at WRAL.com's Out & About section. The Durham center was compared against other venues of its size and type. Pollstar and Billboard ranked DPAC fourth, while Venues Today ranked the venue fifth. During 2017, DPAC hosted 462,055 guests and featured 211 events, including 113 sellouts, the most since the theater’s opening in 2008.

The rankings are remarkable, considering where the other top theaters are located - New York, Las Vegas, Atlanta, Minneapolis and Tampa.

And, as I scanned the press release with details about the rankings, I noted a fun little fact: Paw Patrol Live! Race to the Rescue was the second most popular special event at DPAC in 2017. Ira David Wood III’s A Christmas Carol, another family favorite, was No. 1. The American Dance Festival 2017, which offers a family series; astrophysicist Neil deGrasse Tyson, another favorite for families with older kids; and Dancing with the Stars rounded out the top five.

Paw Patrol Live!, based on the popular preschool series, stopped at DPAC in May. Originally slated for four shows, a fifth show was added because of demand. All of the shows sold out.

And that's probably one of the reasons why another version of the show - Paw Patrol Live! The Great Pirate Adventure! will return to DPAC this year. Five shows are scheduled for June 2 and June 3. Tickets, I'm told, are still available.

Here's a description: X barks the spot in the new tour PAW Patrol Live! The Great Pirate Adventure! It’s Pirate Day in Adventure Bay, and Mayor Goodway is getting ready for a big celebration! But first, Ryder and his team of pirate pups must rescue Cap’n Turbot from a mysterious cavern. When they do, they also discover a secret pirate treasure map! The PAW Patrol set out over land and sea to find the treasure for Mayor Goodway’s celebration before Mayor Humdinger finds it first! The pups will need all paws on deck for this pirate adventure, including some help from the newest pup … Tracker!

Paw Patrol is on a roll!