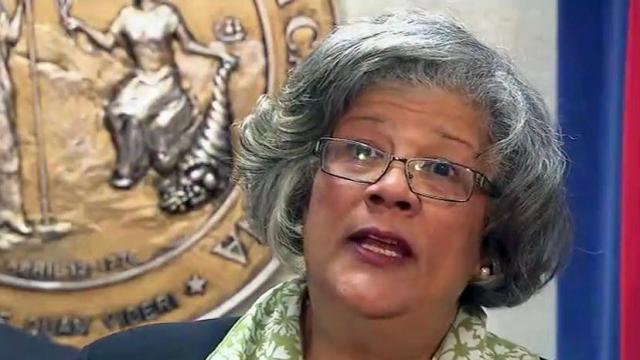 Raleigh, N.C. — State Rep. Yvonne Holley, D-Wake, will be the Democratic nominee for lieutenant governor after her nearest competitor decided not to call for a runoff.

That sets up a race between Holley and Republican Mark Robinson, essentially guaranteeing that North Carolina will elect its first black lieutenant governor.

Holley got just under 27 percent of the vote in the March 3 Democratic primary, short of the 30 percent threshold needed to automatically avoid a runoff.

State Sen. Terry Van Duyn, D-Buncombe, got about 20 percent of the vote in a field of six Democratic candidates but decided Tuesday not to seek a runoff.

"She was an honorable person to get to know on the campaign trail," Holley said, "a good woman, and I know it was not an easy decision for her to make, and I'm truly grateful."

North Carolina Democratic Party Chairman Wayne Goodwin said in a statement that Holley, "has been a fierce advocate for our public schools and has a proven record of working across the aisle to get things done."

Robinson, the Republican nominee, topped 30 percent despite running for his first office in a field of nine Republican candidates. He became a GOP sensation two years ago after giving a fiery speech in defense of Second Amendment rights before the Greensboro City Council.

Holley is serving her fourth term in the state House.