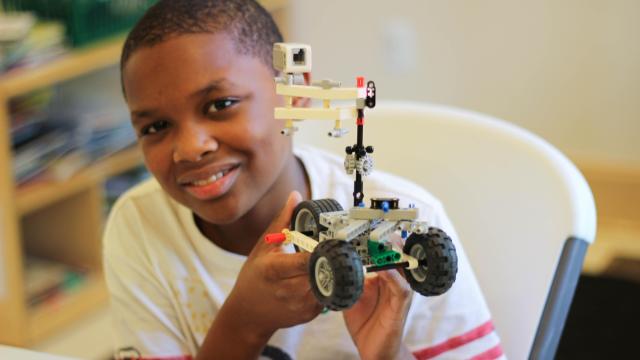 Kirby Jones, pastor of Williams Grove Baptist Church in Southeast Raleigh, noticed a problem. He'd served the mostly African American community for nearly a decade—enough time to watch the smart, vibrant young kids in the neighborhood grow up. But, though he'd seen plenty of promise in them when they were young, they were going nowhere as young adults.

"Over the years, I began to see the same scenario play out over and over again," he said. "All these wonderful children were growing up, and what I hoped would be their outcome was not developing. You saw school failure, dropping out of school, teen pregnancy, gang involvement, involvement with the judicial system. All of the sadly typical statistics that you find so often in inner-city communities of which Southeast Raleigh is."

Jones became intent on changing the trajectory for the kids in the neighborhood. The result was The Daniel Center for Math and Science, a nonprofit that provides child care and educational programs for preschoolers to teens in Southeast Raleigh. This year, it's marking its 10th anniversary and celebrating another crop of graduating students headed to college.

"As I began to think on it, it seemed to me that education was as close to a silver bullet as anything to change the life outcome for a child," Jones said. "Although I'm not an educator by background, that just seemed to be logical that if you can produce children who grow to young adulthood who are well educated as well as well prepared socially and emotionally to enter our society and succeed, that you could literally break the cycle of generational poverty." 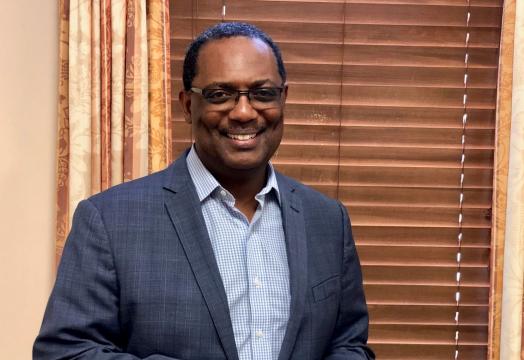 Jones knew that the greatest academic gap for the population of kids he wanted to serve was in math and science. He also knew that skills in science, technology, engineering and math, or STEM fields, would not only give the kids he served a big step forward, but also launch them on to well-paid careers. He didn't really know what STEM was at the time, but he learned about it quickly.

"The timing was right and, apparently, I had tapped into something that was a really big national discussion that I didn't know," he said. "One might say I stumbled into it. One might say by providence that I happened on STEM."

The program began serving school-aged kids, but added a component for preschoolers about a year ago. Today, the Center, which is based at Williams Grove, serves kids ages 3 and up in a state-licensed, five-star child care center for kids up to age 12 and offers year-round programs for teens.

In a normal year, preschoolers attend the full-day program and grade schoolers come for daily enrichment after school and take part in camps when school is out of session. Child care vouchers and donations pay for tuition.

The preschool program offers STEM activities, but the primary focus is to ensure the kids are ready for kindergarten. Grade schoolers take part in a rotating series of programs throughout the week, including Daniel Center curriculum that focuses on topics like cell biology or energy; opportunities to meet with STEM professionals; Lego robotics; and a data science program.

Teens can take advantage of tutoring in any subject, ACT or SAT preparations and help with college exploration. Summer programs included trips to visit colleges.

"We are focused with them from 13 on up to getting them across a threshold of not only high school success, but to a two or four-year college or university," Jones said.

Since mid-March when the pandemic shut down schools and other travel, however, the center had to pivot. It continued to offer full-time care for preschoolers and offered the same for grade schoolers. There, they had support as they completed their virtual lessons through their schools and took part in other STEM-focused activities.

"We set all of the kids up with laptops. We got all of their codes, so they could log in," he said. "And our staff oversaw those kids doing their virtual classes."

Said Jones: "The good news is that those kids who continue to be here, I would dare say, that they have not suffered much, if any, by the way of learning loss."

Teen programs, however, have had to go virtual. 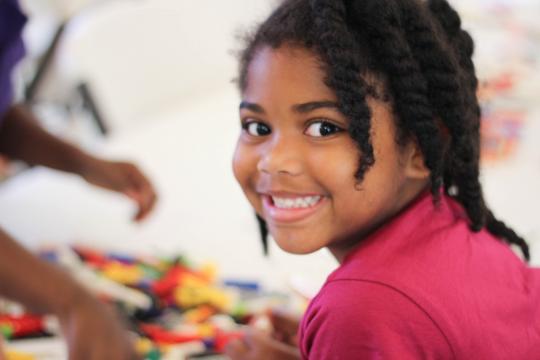 All along, for Jones, his goal has been not only education, but exposure for the kids — exposure to new ideas and people, who are successfully navigating a college education and STEM careers. Even before he launched the center, Jones went to colleges across Raleigh to recruit college students to work with Daniel Center students. NC State, he said, sends a "small army" of volunteers.

"Now, when you take a survey of kids in our program and you ask them where they want to go to college," he said, they say, NC State. "And that is a direct result of exposure. You cannot become what you've never seen."

Today, the program serves about 50 kids, and some are now just old enough to graduate high school and start college. Four Daniel Center graduates are currently in college and three more will join them in August. The oldest among them is a senior at UNC-Pembroke.

"Here's a young man that when he was in middle school was doing a lot of stuff that could have, even then, gotten him in trouble with the law," Jones said. "I had to to get in my car one day and had to go and find him."

"There are incredible bright spots and incredibly wonderful things that are going on," Jones said. "What we are seeing, after years and years and years, we're beginning to see the kids come out of the pipeline. It's really been thrilling that the fact that what we're doing is working. The kid are graduating from high school, and they are going on to college."

As the nation grapples with issues of racial injustice, Jones said he's focusing on helping kids succeed in whatever the future holds for them.

"Our perspective and our focus is to develop young people who are able to overcome those challenges in spite of them being there," he said. "We are not deniers of the issues of life at all. I can give you my credentials to say and let you know, I’ve got credibility in the African American life and experience. But our greatest focus for these kids is individual responsibility that you have to ensure that you do everything you can and within your power to be successful within the culture and the reality in which you exist. And for us, that means two things: That means that you need to be academically sound and you need to have the tools by which you can compete in this economy. But the other part for us, whatever your reality is, you have to also have the social skills, social graces and social competence to be able to successfully negotiate your reality, whatever that reality happens to be."

As he talks about the program, Jones likes to remind listeners that there's nothing wrong with the children the Daniel Center serves.

"One thing I will stress to whomever will listen is that there is nothing innately wrong with these children," Jones said. "I think that is a statement that needs to be said and remembered. ... They weren't born with anything innately wrong with them. And we don't take the approach with these children as such. We don't give these children permission to fail. We don't give them permission to act and behave in unseemly or inappropriate ways. They just don't have that permission. They will never have an excuse here." 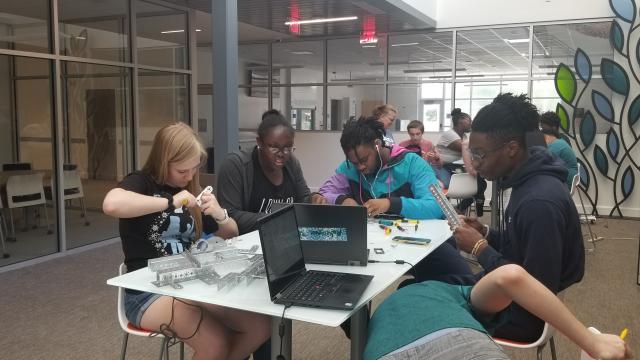 How you can help

Just like many nonprofits during the pandemic, the Daniel Center could use more community support as grant cycles are disrupted and donors have shifted focus.

Jones said there are three ways people can help, including monetary donations to the nonprofit. But he also could use people — STEM professionals who can engage with kids about their work and careers and volunteers who can serve as virtual presenters now and boots on the ground inside the center later.

To learn more, check the Daniel Center's website for details.