No One Wants to Campaign with Bill Clinton Anymore 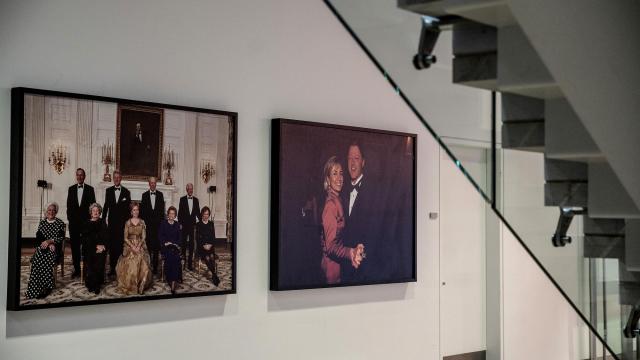 LITTLE ROCK, Ark. — When a Republican state legislator in Arkansas pushed last year to rename the Bill and Hillary Clinton National Airport in Little Rock, Clarke Tucker stood up for the former president.

But now, as the Democratic nominee in the tightest congressional race in this state, Tucker is happy for the former president and his wife to remain a plane ride away. Bill Clinton, who was governor and attorney general of Arkansas, was once a near-ubiquitous presence helping Democrats in tough races back home, but the former president hasn’t been asked to appear on the trail for Tucker.

There are no plans for him to do so. Or, for that matter, appear publicly with any Democrat running in the midterm elections.

“Every election is about the future,” Tucker said, as he drove to a campaign fundraiser in Little Rock.

As Democrats search for their identity in the Trump era, one aspect has become strikingly clear: Bill Clinton is not part of it. Just days before the midterm elections, Clinton finds himself in a kind of political purgatory, unable to overcome past personal and policy choices now considered anathema within the rising liberal wing of his party.

The former president, once such a popular political draw that he was nicknamed his party’s “explainer-in-chief,” has only appeared at a handful of private fundraisers to benefit midterm candidates, according to people close to him.

He added one more last week, headlining a Wednesday evening fundraiser in New York City last week to benefit the campaign of Mike Espy, Clinton’s former agriculture secretary who is running for Senate in Mississippi. Espy’s campaign declined to comment on the event.

The absence of Clinton is a notable shift both for a man who’s boosted Democratic candidates in every election for the past half century and for a party long defined by the former first couple. Hillary Clinton has slowly become a more visible presence in the 2018 election, even seeming to crack open the door to another presidential bid in an interview last week, but she is also a frequent Republican target and a burden to Democrats in some parts of the country.

In an election shaped by the #MeToo movement, where female candidates and voters are likely to drive any Democratic gains, Bill Clinton finds his legacy tarnished by what some in the party see as his inability to reckon with his sexual indiscretions as president with a White House intern, Monica Lewinsky, as well as with past allegations of sexual assault. (Clinton has denied those allegations.) Younger and more liberal voters find little appeal in Clinton’s reputation for ideological centrism on issues like financial regulation and crime.

“I’m not sure that with all the issues he has, he could really be that helpful to the candidates,” said Tamika D. Mallory, an organizer of the Women’s March, who’s now promoting female candidates across the country. “It would do the Democratic Party well to have Bill Clinton focus on his humanitarian efforts.”

Rebecca Kirszner Katz, a veteran Democratic strategist, says many Democrats have reassessed the party’s support for Clinton’s behavior in light of changing views about women, power and sexual misconduct.

“It was an abuse of power that shouldn’t have happened and if the Clintons can’t accept that fact 20 years later, it’s hard to see how they can be part of the future of the Democratic Party,” said Katz, who worked as a top strategist on Cynthia Nixon’s bid to unseat Gov. Andrew Cuomo of New York this year.

Bill Clinton, 72, currently chairs the board of the Clinton Foundation, helping to promote and manage the philanthropic organization he founded after leaving the White House. Angel Ureña, a spokesman for Clinton, said the former president believes “this election should be about these times and these candidates.”

“President Clinton is encouraged by the large number of impressive Democrats running for office who are personally telling their stories and laying out their vision for how to get America back on track,” he said. “They are the people voters need to hear from.” The uneasiness around Clinton may serve as a warning sign for others considering their political futures in the party. Joe Biden, the former vice president, has been struggling to address his role leading the 1991 Clarence Thomas-Anita Hill hearings. Michael Bloomberg, the former New York City mayor, recently drew criticism for questioning the #MeToo movement.

Several party strategists who have been in discussions with Democrats weighing presidential bids suggested that reckoning with Clinton’s legacy could become a litmus test in the 2020 primary race, with candidates being asked whether he should have resigned after the affair became public.

The Clintons recently announced a 13-city arena tour, produced by Live Nation, guaranteeing they’ll continue to be in the spotlight into the spring. Some Democrats worry the tour will become a distraction just as the party attempts to shape a national message that could effectively challenge President Donald Trump in the presidential election.

The couple still has pull, in part because of their decades-long personal relationships with so many strategists, donors and activists. Few Democrats were eager to talk publicly about Bill Clinton’s future role in the party. Though they’re reluctant to say it out loud, Clinton’s political exile is an open secret in Democratic circles.

At a rare public appearance by Hillary Clinton last week in South Florida to benefit Donna Shalala’s House campaign, Shalala — a former Clinton administration Cabinet secretary — lavished praise on the Democrats’ 2016 presidential nominee, calling her “wonder woman” and “one of the great political leaders of our times.” When asked whether she’d invite Bill Clinton to come campaign for her, Shalala passed on the idea: “He has a great political mind. I actually haven’t talked to him myself.”

Bill Clinton’s absence from the campaign trail is all the more striking given the number of candidates with close ties to the Clinton legacy. Beyond Espy, there’s Shalala, also a former president of the Clinton Foundation, and Nancy Soderberg, a former ambassador to the United Nations and a White House national security aide under Clinton. Both are running for House seats in Florida.

Former Clinton speechwriter Josh Gottheimer is running for re-election to a House seat in New Jersey. J.B. Pritzker, the Democratic nominee for governor of Illinois, is a family friend and, like a number of other candidates across the country, supported Hillary Clinton’s presidential campaign.

While people close to Bill Clinton say candidates have asked for his advice privately, at least a few rejected public help. Clinton’s offers to campaign last year for Ralph Northam, the governor of Virginia, were rebuffed. Andrew Gillum, the Democratic nominee for governor of Florida, did not ask the president to campaign for him, after Clinton called with congratulations on his primary win.

In August, the New Hampshire Democratic Party stripped Clinton’s name from its annual fall dinner, changing it from the “Kennedy-Clinton Dinner” to the “Eleanor Roosevelt Dinner.” The state party chairman, Raymond Buckley, said the new name is aimed at highlighting the party’s “steadfast commitment to electing Democratic women.”

Friends of Clinton say he understands the current climate, even as he misses the campaign trail.

“It’s not a time for national Democrats who are not thinking of running for president to be out on the campaign trail,” said Paul Begala, a Democratic strategist and White House aide to Clinton. “He never stops or wants to stop but he’s a very smart politician and understands the rhythms this cycle.” Still, many Democrats are mystified by what seems like the Clintons’ inability to respond to questions about Clinton’s past that are inevitable in the #MeToo era.

Efforts to promote a thriller novel he wrote with author James Patterson were overshadowed after the former president said he would not handle the Monica Lewinsky scandal any differently today. Earlier this month, Hillary Clinton said in a television interview that her husband’s affair was not an abuse of power because Lewinsky was “an adult.”

Even in his home state, some Democrats are struggling with how to reconcile Bill Clinton’s policy achievements with his personal behavior.

“I’m not a fan of what he’s said recently about #MeToo,” said Claire Brown, 37, a Little Rock real estate agent, as she mingled with other donors at a fundraiser for Tucker’s campaign. “But I don’t think you understand the economic impact that man has had on the local economy and our state. The gratitude for that will be infinite.”

Clinton supporters say concerns about Bill Clinton’s past behavior are unfair, given the numerous sexual assault allegations that have been leveraged against the current president.

“Frankly, everything is relative, so if people are upset with him in connection with the #MeToo movement all they have to do is look at Trump,” said former Arkansas Gov. Mike Beebe, who speaks regularly with Clinton. As she wrangled her toddler son across the room at the fundraiser, Jennifer Hopkinson, 35, noted that she was surprised to hear a Little Rock mayoral candidate recently cite Clinton’s life as an inspiration for his political career.

“I thought it was risky,” she said. “That might sink his campaign right there.”

Mark Baillie, 37, agreed, saying he didn’t approve of Clinton’s behavior but believed the allegations paled in comparison to the charges that have dogged Trump.

“It’s all relative,” he said. “People probably are just tired of hearing about Clinton around here.”