No one hurt as freight train slams into car in Cary 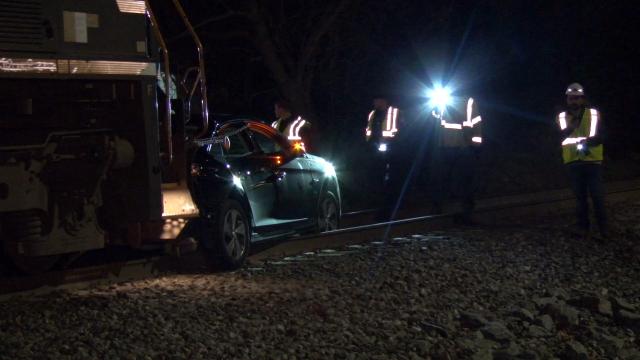 Cary, N.C. — No injuries were reported Sunday night when a car was hit by a freight train in Cary.

A Hyundai sedan made a wrong turn and became stuck on the train tracks at Harrison Avenue and Academy Street, near Cary's train depot, at about 7:50 p.m., officials said.

All occupants of the car were able to get out before a Norfolk Southern train hit it and pushed it about a quarter-mile down the tracks, officials said.