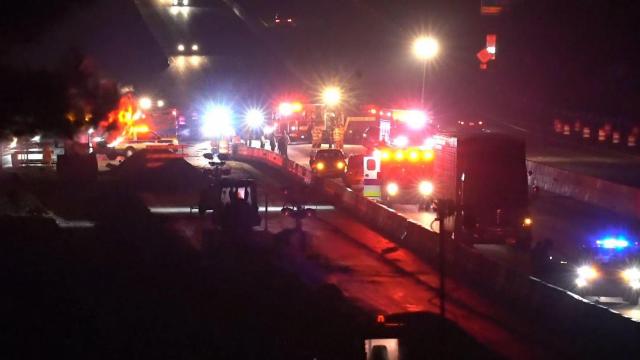 According to the North Carolina State Highway Patrol, four cars were in a chain reaction crash after 2 a.m. Sunday when a woman under the influence of alcohol or drugs rear-ended another car. The woman's car ended up in the center lane, then a third car hit it.

Officials said another car hit the second vehicle and sideswiped a pickup truck.

The westbound lanes were closed at Exit 303 for more than an hour.

The fourth crash, which happened a few miles away, was not related. Officials said another person driving while impaired hit a concrete barrier.

No one was badly injured in the crashes or transported to the hospital, and no cars overturned.

Multiple charges are pending. All lanes reopened at 3:45 a.m.