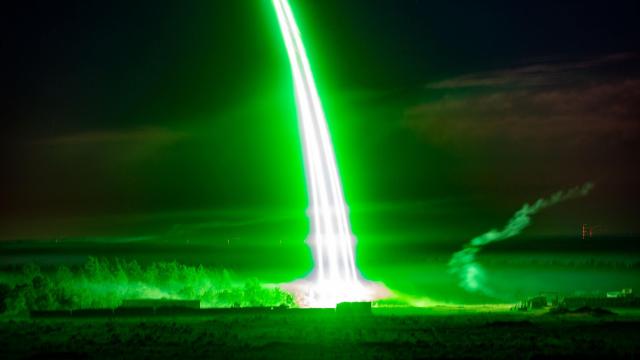 It almost looks like a CG action shot from an upcoming science fiction thriller, featuring space craft and laser beams. 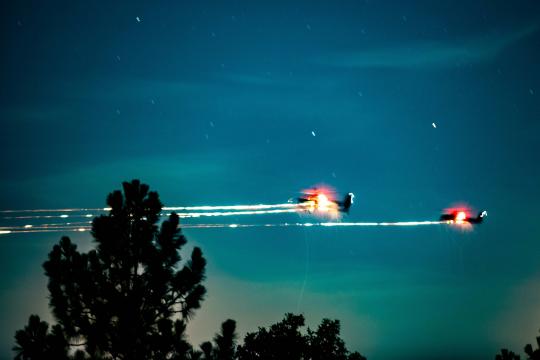 Photos put up on their Facebook page on Friday show the paratroopers "owning the night." The photos went viral, with over 3,500 likes and over 500 shares. The photos were captured by PFC Vincent Levelev. 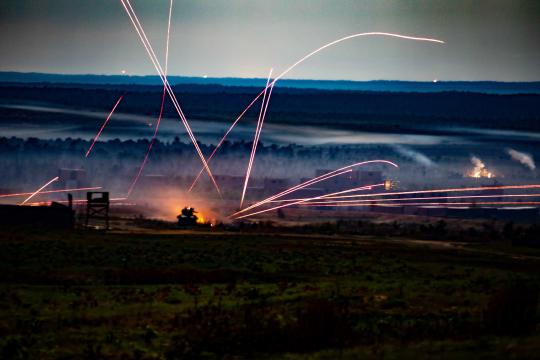 Taken at night with long exposure, the variety of weaponry looks like something from the distant future – neon lasers flashing through dark clouds.

One particularly stunning image showed a glowing green pillar reaching into the heavens. 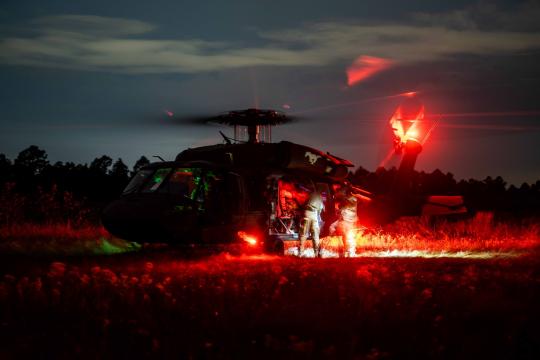 Fort Bragg's social media page did not detail the weaponry used in each photo, instead leaving the bright lights and streaks to the imagination of commenters.

"Our Paratroopers remain ready to deploy, engage, and destroy the enemies of the U.S. with no notice, anywhere in the world in 18 hours or less," said the post.