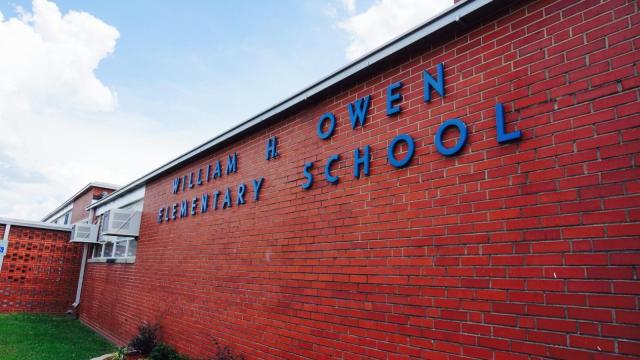 Fayetteville, N.C. — No elevated lead levels were found in students or staff after traces of lead were found at a Cumberland County elementary school last month, according to Health Director Buck Wilson.

In August, an environmental study found traces of lead at William H. Owen Elementary School, located at 4533 Raeford Road. The lead was found primarily on the exterior of the school.

Lead was not found in any classrooms, and water samples did not show any lead levels, officials said. Cumberland County Superintendent Frank Till said the lead was mostly found in samples of paint taken from windows outside the school.

Children and adults received free lead tests during an all-day clinic at the school on Sept. 12 as well as at the Public Health Center.

“This is great news for the students, parents and staff,” Wilson said.

In the short term, school officials blocked off the area around the windows where lead was found before scraping and painting them.