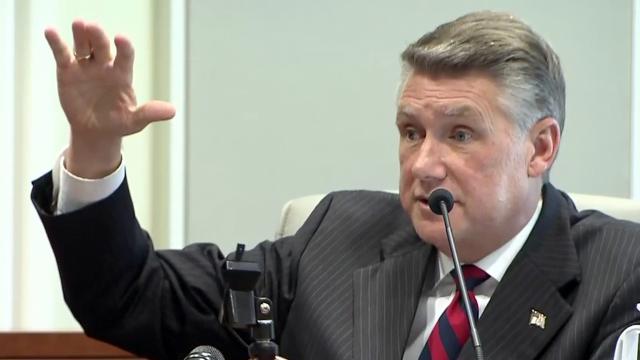 Freeman said Harris' decision to relinquish the seat he initially seemed to win in 2018 and call for a new election was an important step "in restoring the confidence of the voters."

"Following more than a year of investigation by multiple state and federal agencies into the involvement of former Congressional candidate Mark Harris and the Harris Campaign into the absentee ballot operations in Bladen County during the 2018 General Election, our office has concluded that there is not evidence which would support a criminal case against Dr. Harris and, therefore, is closing the matter as to him," Freeman said in a statement. "Charges against multiple individuals, including Mr. McCrae Dowless, who was hired by the Harris campaign, remain pending, and investigators continue probing other areas of evidence."

Dowless has apparently run this sort of operation for years in Bladen County for politicians on both sides of the aisle. His participation in Harris' 9th District campaign two years ago became national news and led to changes in state absentee ballot laws, as well as the do-over election.

Harris, a Charlotte minister, initially fought calls for a new election, but he reversed course after his son testified against him during State Board of Elections hearings last year.

"I am personally grateful for the detailed investigation by the Wake County District Attorney and the cooperating federal and state agencies to finally restore my reputation," Harris said in a statement. "I trust the investigators will continue their work so North Carolina voters can be assured that their vote counts in a system that follows the rule of law."

A special election was held in September, and Congressman Dan Bishop, a former state lawmaker from Mecklenburg County, now represents the district.

Dowless faces a number of criminal charges. He's running for re-election this year to the local soil and water conservation board.