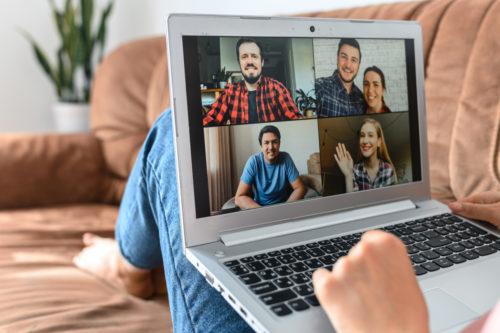 EDITOR'S NOTE: David Brooks is a New York Times columnist. He is the author of “The Road to Character” and, most recently, “The Second Mountain.”

After all we’ve been through this year, wouldn’t it be nice, even during a distanced holiday season, to be able to talk about this whole experience with others in a deep, satisfying way? To help, I’ve put together a list of nonobvious lessons for how to have better conversations, which I’ve learned from people wiser than myself:

Approach with awe. C.S. Lewis once wrote that if you’d never met a human and suddenly encountered one, you’d be inclined to worship this creature. Every human is a miracle and is your superior in some way. The people who have great conversations walk into the room expecting to be delighted by you and make you feel the beam of their affection and respect. Lady Randolph Churchill once said that when sitting next to statesman William Gladstone she thought him the cleverest person in England, but when she sat next to Benjamin Disraeli she thought she was the cleverest person in England.

Ask elevating questions. All of us have developed a way of being that is our technique for getting through each day. But some questions, startling as they seem at first, compel us to see ourselves from a higher vantage: What crossroads are you at? What commitments have you made that you no longer believe in?  Whom do you feel most grateful to have in your life?  What problem did you used to have but now have licked?  In what ways are you sliding backward?  What would you do if you weren’t afraid?

Ask open-ended questions. Many of us have a horrible tendency to ask questions that imply judgment: Where did you go to school? Or we ask yes/no questions: Did you have a good day? Which basically shut off interesting answers.  Better questions start with, “What was it like … ” or, “Tell me about a time … ” or, “How did you manage to cope while your wedding was postponed for a year?”

Make them authors, not witnesses. The important part of people’s lives is not what happened to them but how they experienced what happened to them. So many of the best conversations are not just a recitation of events. They involve going over and over an event, seeing it from wider perspectives coating it with new layers of emotion, transforming it, so that, say, an event that was very hard to live through is now very satisfying to remember.

Treat attention as all or nothing. Of course, we all have divided attention. In “You’re Not Listening,” Kate Murphy writes that introverts have more divided attention than others while in conversation because there’s so much busyness going on in their own heads. But in conversation it’s best to act as if attention had an on/off switch with no dimmer. Total focus.  I have a friend who listens to conversations the way congregants listen to sermons in charismatic churches — with amens, and approbations. The effect is magnetic.

Don’t fear the pause. Most of us stop listening to a comment about halfway through so we can be ready with a response. In Japan, Murphy writes, businesspeople are more likely to hear the whole comment and then pause, sometimes eight seconds, before responding, which is twice as long a silence as American businesspeople conventionally tolerate.

Keep the gem statement front and center. In the midst of many difficult conversations, there is what mediator Adar Cohen calls the gem statement. This is the comment that keeps the relationship together: “Even when we can’t agree on Dad’s medical care, I’ve never doubted your good intentions. I know you want the best for him.”  If you can both seize that gem statement, it may point to a solution.

The midwife model. Sometimes people talk to solve a person’s problem. The Rev. Margaret Guenther wrote that a good conversationalist in these cases is like a midwife, helping the other person give birth to her own child. That means spending a lot of time patiently listening to the other person teach herself through her narration, bringing forth her unthought thoughts, sitting with an issue as it slowly changes under the pressure of joint attention.  “To influence actions,” neuroscientist Tali Sharot writes, “you need to give people a sense of control.”

Deeper conversations help people become explicable to each other and themselves. You can’t really know yourself until you know how you express yourself and find yourself in another’s eyes. Deeper conversation builds trust, the oxygen of society — exactly what we’re missing right now.

“Humans need to be heard before they will listen,” Amanda Ripley writes.

It’s been a rough year for all that, but this Thanksgiving, the possibility of deep talk is still out there, even over Zoom.