Nick Ayers Is Rising Fast in Trump’s Washington. How Far Will He Go? 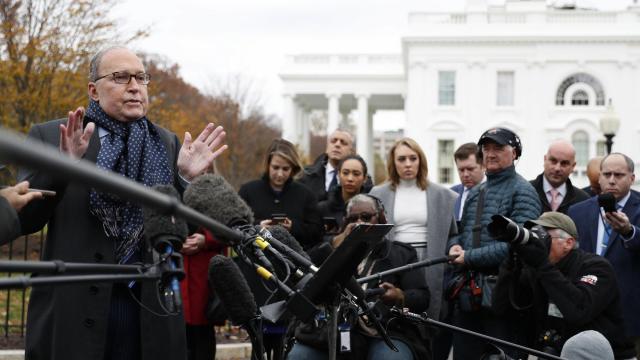 WASHINGTON — To a president who likes his aides to have a certain kind of central-casting mien, Nick Ayers definitely looks the part.

A floppy-haired, dimple-chinned political operative with a disarming Southern drawl, Ayers, Vice President Mike Pence’s chief of staff, resembles an ambitious “House of Cards” character who wandered onto the set of the Trump reality show.

It is no accident that his name keeps resurfacing as a possible twist in the plotline.

And that twist is the belief among many Republicans in Washington that Ayers, 36, is simply biding his time working for Pence until the day he moves up to work for Trump himself, and replaces John F. Kelly, the permanently endangered retired general, as White House chief of staff.

With the president noncommittal about Kelly’s future and quizzing his aides and even Pence about their loyalty, Ayers’ rapid ascent, lucrative business ventures and golden boy reputation are again under the microscope as speculation over a White House staff shake-up is rekindled.

“He’s a winner,” said Alec Poitevint, who worked with Ayers when Ayers dropped out of Kennesaw State University to help lead Sonny Perdue’s successful 2002 bid for Georgia governor. “I think there are probably some people that are jealous of that.”

Indeed, even the possibility of Ayers being tapped as Trump’s top aide has prompted grumbling from within the White House and Washington’s Republican professional class, where critics have long cast him as more focused on expanding his reputation and bank account than effective management.

Those criticisms escalated late last year after Ayers filed a financial disclosure statement, required for top federal government officials, that showed him with a net worth of $12.2 million to $54.8 million — a huge fortune for a self-made career political operative in his 30s.

His wealth, accumulated partly through a complicated web of political and consulting companies in which he held ownership stakes, evoked to some the swamp that Trump has pledged to drain, though Ayers also holds significant investments in other sectors, including farmland in his native Georgia worth $2.5 million to $11 million.

By contrast, Kelly and his predecessor as chief of staff, Reince Priebus, came to the job with little in the way of wealth and far fewer financial ties to Washington’s political industrial complex. Both men also had far more experience as administrators, but neither had much luck taming the chaos created by Trump and his factions of feuding aides.

Still, in interviews with nearly a dozen of Ayers’ confidants, White House officials and former administration officials, Ayers was invariably described as someone who could bring to the White House the political skills that Kelly lacks. And, they say, he has been effective in protecting and elevating Pence while also forging alliances with influential members of Trump’s inner circle, including his son-in-law, Jared Kushner, and daughter Ivanka Trump.

But the president tends to keep staffing decisions close to his chest, often announcing his choices after lengthy cliffhangers. One senior administration official said Ayers is not the only possible replacement Trump has considered.

Ayers did not respond to a request for comment for this article, nor did the White House or the vice president’s office. But last month, Trump sought to tamp down rumors by inviting a reporter for New York magazine into the Oval Office, where Kelly, Ayers and Pence were ready to display their affection for each other.

Privately, Ayers has done little to stop the speculation. According to a former senior administration official, he has openly discussed with his allies the possibility of succeeding Kelly, something that has not gone unnoticed in the West Wing.

Even if he does not end up next to Trump in the Oval Office, it has been a rapid and lucrative rise for Ayers since his start as a 20-year-old personal aide in Perdue’s come-from-behind-victory as Georgia’s first Republican governor since Reconstruction.

Less than two years later, Ayers was named campaign manager for Perdue’s successful re-election campaign, and after that, he took a job running the Republican Governors Association. At the time, the group was something of an afterthought in the Republican big-money landscape. But Ayers grew it into a political juggernaut that corralled six- and seven-figure donations from some of the biggest donors on the right.

In the process, he built connections with elite donors, vendors and political figures that would form the basis for his own private consulting business. When he left the governors association, he accepted a partnership in an ad-buying firm called Target Enterprises that was paid millions of dollars by the group for ad buys.

Not long after arriving, Ayers stepped away from day-to-day work at Target Enterprises, announcing in a 2011 email that he felt a calling “to utilize the talents God has given” him by running the 2012 presidential campaign of Tim Pawlenty, the former Minnesota governor, rather than “enjoy the fruits of the private sector,” which he wrote were “serious and abundant.”

The Pawlenty campaign collapsed under debt, and Ayers was branded “the most-hated campaign operative in America” by conservative commentator Matt Lewis. Lewis asserted in a column that Ayers’ “self-promotion is utterly transparent — and his early successes have made him a target of jealous contemporaries.”

During the campaign, video surfaced of Ayers’ 2006 arrest on drunken-driving charges. In the video, he cited his affiliation with “Governor Perdue’s campaign team,” and explained to the arresting officer that the episode could be used by his foes.

“I know other folks would love to make a big issue out of this,” Ayers was shown saying on the video. “And I just ask for your consideration on that.”

The charges were subsequently reduced to reckless driving. Ayers has referred to the episode as a “maturing moment,” and said he no longer drinks.

Henry Barbour, a lobbyist and a Republican National Committee member, said in an interview that Ayers “probably was too absorbed in his work early on” and has learned to balance his ambition with his family and faith. Like his current boss, Ayers is deeply religious.

“Nick’s not perfect,” Barbour said. “But he realizes that. I think he’s really grown as an individual and as a man.”

After the embarrassment of the Pawlenty campaign, Ayers made an effort to lower his profile, his allies say, while trying his hand at entrepreneurship. He was an early investor and a board member of a company called Media Group of America, which was established in 2013 and quickly made waves on the right with two successful subsidiaries — a popular conservative website called Independent Journal Review, and a digital advertising firm called imge.

Ayers also started his own firm, C5 Creative Consulting. He built a brisk business advising Fortune 500 corporations like Coca-Cola and Aflac, as well as political candidates and committees, including nonprofit money groups that backed politicians who were his clients, and have become the subjects of recent complaints and investigations. The venture that perhaps best epitomized Ayers’ ambition — and the backlash to it — was a company called Advance Media Capital. Ayers and his associates created it in July 2015 mostly to purchase large chunks of television airtime in swing states months before the 2016 election. The company planned to package the airtime with targeting data and sell it to deep-pocketed political committees, including “super PACs,” at higher rates closer to Election Day, according to documents obtained by The New York Times and interviews with people involved in the effort.

The company raised $177 million from 28 investors by mid-March 2016, according to a filing with the Securities and Exchange Commission, which indicated that the company would receive commissions based on the sales.

But partly because Trump’s campaign and his allies spent much less on television ads than other recent presidential candidates, the plan was not fully executed. The money was returned, according to people familiar with Advance Media Capital, which was dissolved last year.

But it did not slow Ayers’ ascent.

He advised several Republican campaigns and committees in 2016, including Pence’ bid for re-election as governor of Indiana, which Pence abandoned to sign on to Trump’s presidential campaign that year. The Pence campaign, and later Pence’s vice-presidential political action committee, Great America Committee, have worked with imge. Both imge and Great America Committee have also worked with C5 Creative Consulting.

When Trump tapped Pence as his running mate, Ayers became an adviser to the campaign, and, when Trump won, Ayers joined the transition team. Shortly after Trump and Pence took office, Ayers helped start a nonprofit group and a super PAC to support the new administration.

Ayers has openly toyed with his own political ambitions, including the possibility of running for governor of Georgia. And he has told people close to him that he does not intend to work in Washington for long, leading some to question whether he would accept the job as Trump’s chief of staff. Either way, there will be opportunities awaiting Ayers when he leaves public service, said Toby Neugebauer, a major Republican donor who was one of the lead investors in Advance Media Capital.

Neugebauer said he introduced Ayers to several of the other investors, and has told Ayers that they would be ready to finance his efforts on another project.

“I don’t even care about his political connections. I would back him just based on business acumen, and I know other members of the Forbes 400 who would, as well,” said Neugebauer, referring to Forbes magazine’s list of the richest Americans. “He is that smart.”