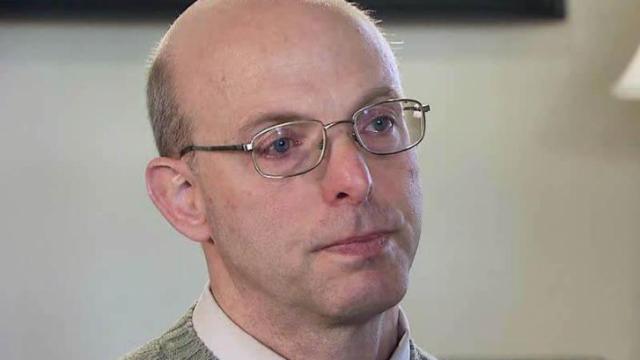 RALEIGH, N.C. — A North Carolina judge has ordered mediation between the state and the former State Bureau of Investigation agent whose testimony led to the exoneration of a man who had served almost 17 years in prison for a murder he didn't commit.

The North Carolina Innocence Inquiry Commission had requested a hearing where former SBI Agent Duane Deaver would have to show a judge why he shouldn't be held in criminal contempt for his testimony before the commission. But Superior Court Judge William O. Smith III on Thursday ordered the two sides to mediate the dispute within 60 days. He appointed retired former Chief Justice Henry Frye of Greensboro as mediator.

It wasn't immediately clear how mediation, typically used in civil cases, would work in a criminal contempt case. Smith's order originally cited a statute that the General Assembly repealed in 1995. Montgomery-Blinn said he later corrected the order to reflect a statute with a similar number refers to mediated settlements in Superior Court civil actions.

Bill Goldston, an attorney in Durham who's worked as a mediator for more than 10 years, said he's not heard of mediation in criminal cases other than misdemeanor cases in which the only issue is the amount of money owed, such as worthless checks. The Deaver case doesn't involve money.

"It's a matter of whether the person is in criminal contempt, and the judge would normally set the punishment for that," he said.

Last year, the innocence commission accused Deaver of intentionally misleading the panel during testimony in September 2009 in a landmark case that ended with the exoneration of Greg Taylor, who had served almost 17 years for the murder of a prostitute in Raleigh. The commission recommended that Taylor's case go to a three-judge panel, which declared Taylor innocent in February 2009.

In October of last year, the commission filed a motion to hold a hearing to determine if Deaver should be held in criminal contempt, saying Deaver didn't disclose all his blood testing on a key sample when he testified before the panel.

The motion focused on confusing and seemingly contradictory comments Deaver gave to a commission investigator and testimony at the hearing.

When the three-judge panel heard Taylor's case in February 2010, Deaver fully explained that a follow-up test on the sample provided a negative result. Taylor was declared innocent after that second hearing.

Deaver's testimony triggered fresh questions about the SBI lab's policies and procedures, leading to an independent review that concluded SBI analysts had frequently misstated or falsely reported blood evidence during a 16-year period ending in 2003.

Some egregious violations found during the review were linked to Deaver. In two of the cases, including one that ended in an execution, Deaver's final report on blood analyses said his tests "revealed the presence of blood" when his notes indicated negative results from follow-up tests. His notes indicate that he got a negative result because he didn't have enough sample left for the confirmatory test.