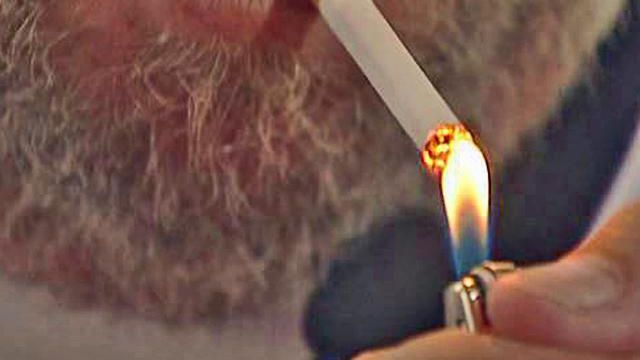 RALEIGH, N.C. — The North Carolina House has approved a bid to ban secondhand smoke from restaurants and other businesses where children are present.

Lawmakers in the country's top tobacco-growing state voted 72-45 on Thursday to send the proposed limit on secondhand smoke to the state Senate, where top leaders said they expect the limited smoking ban to pass.

A broader proposal that would have banned smoking from all workplaces, including bars and restaurants, was changed Wednesday. The measure now would ban smoking in businesses that employ or serve anyone under age 18, but not to most other businesses.

The already weak enforcement provisions survived efforts on Thursday to make fines for businesses that break the law even more rare.

The smoking ban is a personal quest for its lead sponsor, lung cancer survivor and House Majority Leader Hugh Holliman. The Davidson County Democrat said he could delay consideration beyond Wednesday based on whether he counts more supporters or opponents on hand when the roll is called.

A similar effort narrowly failed in the House two years ago, as the trade group representing the state's 16,000 restaurants successfully protested an exception for private clubs.

But this year, the state's restaurateurs are neutral on the issue, which this time includes private clubs, and health advocates have marshaled money and grassroots networks to overload House members' offices with e-mails and telephone calls.

"We believe the vote count is pretty close, but we do believe we have made significant headway this year and we think the vote (House) will go in our favor," said American Heart Association lobbyist Betsy Vetter. "We think the Senate likewise will vote in our favor."

If North Carolina's smoking ban is approved this year, the state would become the 35th - and perhaps one of the most unlikely - to join a national trend of segregating the one in five Americans who smoke.

For decades, the state's politicians protected both cigarette makers and the thousands of tobacco growers whose crop was worth $686 million to North Carolina farmers in 2008 - nearly half the value of the entire U.S. output and 80 percent more than the next largest producer.

But times are changing. An Elon University poll last month found about two-thirds of North Carolinians backed a ban on public smoking indoors, and eight in 10 said they consider secondhand smoke a threat to their health.

It's a feeling shared across the tobacco-growing South.

Despite a 400-year history with tobacco that turned Virginia into the richest colony in pre-Revolution America, the state's first substantial limit on tobacco use was signed into law this month. Kentucky and South Carolina, two other leading tobacco states, have also allowed local regulations of indoor smoking. Tennessee is one of three states that exempt restaurants and bars that don't admit people under the age of 18 or 21.

Wednesday's vote in the House will take place the same day the largest federal tobacco tax increase in history takes effect. Congress also is stirring with legislation that would let the Food and Drug Administration to regulate tobacco.

Opponents of the North Carolina smoking ban argue restaurants and other businesses should choose for themselves whether they want to welcome or turn away smokers.

"A lot of people talk about restaurants, but it reaches all small business," said Fred Bone, a lobbyist for Greensboro-based Lorillard Inc., which makes Newport cigarettes. That includes his family's used car lot in Rocky Mount, which employs smokers as the only mechanic and the only salesman, he said.

"We don't need to ban a legal product across the board," Bone said. "You simply have a property rights issue - should a person be able to smoke in his own business?"

Not if anyone else is close enough to inhale his smoke, say smoking-ban advocates like Steven Adams, who owns the Peak City Grill and Bar in Apex. The ex-smoker prohibited smoking inside his eatery when he opened three years ago both because 80 percent of the public are nonsmokers, but also out of concern for his own health and that of his workers.

"I actually bought the idea that you could let the market dictate. But I guess if the alternative that if you had signs that walking into this restaurant can be hazardous to your health, then customers would have a real choice," Adams said. "It's got to be hazardous."

The smoking ban is a personal quest for its lead sponsor, House Majority Leader Hugh Holliman, D-Davidson, a lung cancer survivor. He said he plans to use his position to jockey the legislation through a vote that could be close. He said he could delay consideration beyond Wednesday based on whether he counts more supporters or opponents on hand when the roll is called.