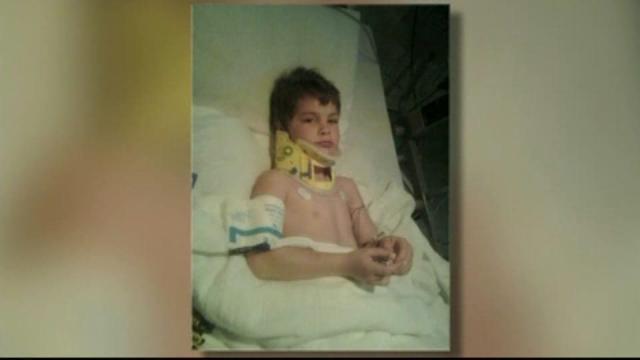 Walkertown, N.C. — A 6-year-old Forsyth County boy was rescued Monday after he fell 22 feet into a well.

Daniel Kenerly said his son, Mason, was playing with his brother and a cousin in the family's Walkertown front yard when he jumped on the top of the well and the concrete seal broke.

Mason, who can't swim, was able to stay afloat by holding two pipes. But he was chest-deep in 67-degree water for about 40 minutes before he was rescued.

Rescue workers lowered a harness and talked Mason through putting it on so that they could lift him to safety.

He was in good condition Tuesday at Wake Forest Baptist Medical Center in Winston-Salem.

Copyright 2012 by WRAL.com and the Associated Press. All rights reserved. This material may not be published, broadcast, rewritten or redistributed.