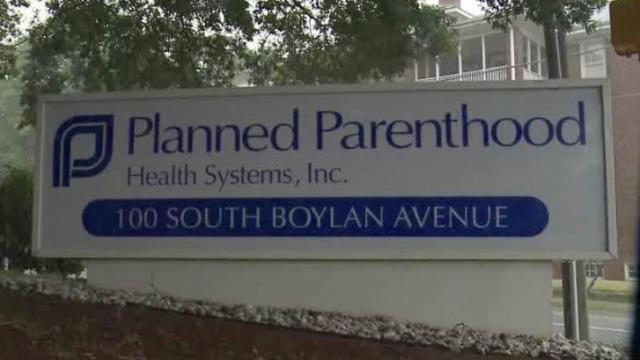 Raleigh, N.C. — Following the lead of states like Indiana and Kansas, the Republican-led North Carolina legislature inserted a provision in the state budget targeting funding to Planned Parenthood.

The provider of family planning services will no longer be able to do business with the state or compete for the Department of Health and Human Services grants and contracts that amounted to $434,000 in 2010-11.

"It's just a political attack against Planned Parenthood and the thousands of men and women we serve," said Patty Dillon, the nonprofit's North Carolina field coordinator.

Although Planned Parenthood may be most associated in the public eye with providing abortion services, Dillon said state money isn't used to defray the cost of abortions.

"Abortions are a very important procedure we provide, but the majority of the services we provide are preventable (illness) services," she said.

Last year, for example, Planned Parenthood provided 18,000 tests for sexually transmitted infections, more than 11,000 breast and cervical cancer screenings and more than 61,000 contraceptives in North Carolina. A majority of the tests and contraceptives went to low-income women.

"If you're providing these funds for other things, you're essentially strengthening its infrastructure to do abortions," said Stam, R-Wake. "We're just providing those services through the public health department rather than a political organization."

Indiana lawmakers recently passed legislation to block Medicaid funding to Planned Parenthood, but a federal judge has stopped the law from taking effect. Planned Parenthood filed a federal lawsuit Monday over a provision in Kansas' next state budget that would prevent the organization from receiving federal funding for family planning services.