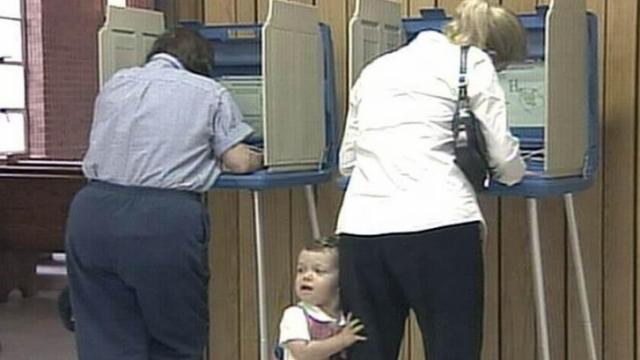 RALEIGH, N.C. — People crowded the Legislative Building on Tuesday to support and decry the idea of requiring North Carolina voters to show a photo identification card to cast a ballot.

Republicans filed House Bill 351 late Monday, after lawmakers said earlier that the House Elections Committee wanted to hold a public hearing before any legislation was introduced.

Democrats railed against the maneuver on Tuesday, calling the two-hour public hearing a sham because no one had a chance to review the bill before speaking about it.

"It appears that the deal is done," said Rep. Larry Hall, D-Durham. "We don't think that's the way to engender public confidence."

The committee had planned to vote on the bill immediately after the hearing, but Chairman David Lewis, R-Harnett, said members want to review the six-part bill more before voting on it.

"It felt there were too many little things to be changed to get all that done in the time we had and allow full and open debate among the committee," Lewis said.

The bill would require photo identification, or the voter must cast a provisional ballot. Voters could obtain free voter identification cards affixed with photos through county election boards if they don't have another valid ID.

Hall said the bill was "a solution looking for a problem," noting that voter fraud is a rare occurrence in North Carolina.

The bill doesn't allow students to use their university IDs, and many older residents mo longer have driver's licenses, the lawmakers said.

The group Americans for Prosperity brought voter ID supporters from Greensboro and Wilmington by bus to speak during the public hearing.

"Restore the honor in voting. Let them know their vote counts," one speaker said.

"There is voter fraud taking place in our state. Requiring photo ID would stop the majority of that," another said.

Courtney Scott, a junior at Shaw University from Georgia, said the measure would lead to apathy among college students because they wouldn't want to have to go through the added step of getting a state ID solely to vote.

"We should be able vote just like anyone else, with the same right without having to go through such hoops and loops," Scott said.

"I find it a little ironic that a proposal that is supposed to be instilling confidence in government is actually harming one of the things that just about anybody, regardless of their political stripe, is most concerned about – big money in politics," Phillips said.