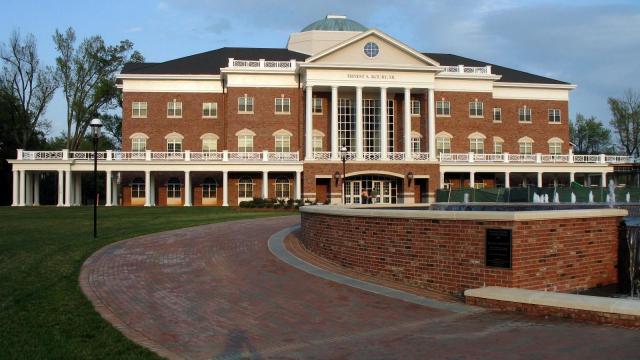 Elon, N.C. — A growing majority of North Carolina residents don't like the idea of keeping a temporary sales tax in place to help balance the state budget, but they are more receptive to maintaining income tax surcharges on top earners, according to a poll released Friday.

The Elon University Poll surveyed 467 people statewide Sunday through Thursday about the state budget and their opinion of Gov. Beverly Perdue. The poll has a margin of error of plus or minus 4.6 percentage points.

Fifty-three percent of those surveyed oppose making a penny increase to the state sales tax rate permanent, while 43 percent support the idea.

Lawmakers passed the tax increase two years ago to help balance the budget then, and it will end in June unless they extend it. Perdue last week proposed rolling it back by a quarter-cent, but Republican legislative leaders have vowed to pass a budget without any tax increase.

In November, 56 perent of respondents backed extending the sales tax, compared with 41 percent who opposed the idea.

The 2 to 3 percent surcharge also was passed two years ago and is set to end this year. Neither Perdue nor lawmakers have suggested extending it.

Respondents don't like the idea of layoffs of state workers to balance the budget, with 57 percent opposed and 39 percent in favor. Perdue's proposed budget calls for laying off 3,000 employees and eliminating another 7,000 positions that are now vacant.

Across-the-board budget cuts also received a thumbs-down from those polled, with 58 percent opposed and 37 percent favoring spending reductions on all state programs.