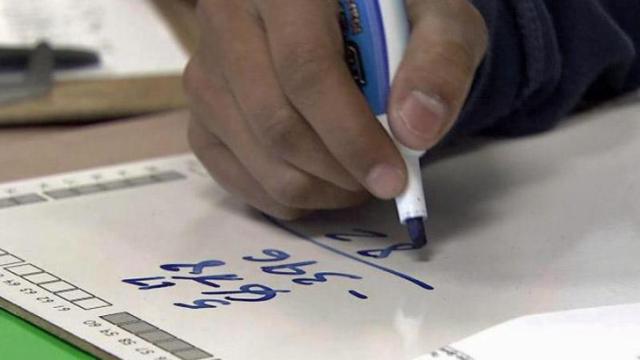 Raleigh, N.C. — The three candidates for governor will spend much of the next three months talking about education, even though each of them acknowledges that North Carolina's chief executive is often more cheerleader than chairman of the board when it comes to shaping education policy.

Taken as a group, spending on public schools, community colleges and the University of North Carolina System takes up more than half of the state's general fund budget, the part paid for through state income and sales taxes. But the governor shares power over the system with an independently elected superintendent of public instruction and appointed state school board, independent boards that govern the university and community college systems and the state legislature. Local governments help fund and set policy for public schools and community colleges.

"Right now, there is no accountability," said Pat McCrory, a former Charlotte mayor and the Republican nominee for governor. He is running against Lt. Gov. Walter Dalton, a Democrat, and Libertarian Barbara Howe. Although they use slightly different language to talk about the divided responsibility for education funding and policy, both Dalton and McCrory say systematic reforms should be considered. Both, for example, say the state constitution should be changed to make the superintendent of public instruction an appointed official rather than a statewide, elected position.

This is not a new problem for governors, said Ran Coble, director of the N.C. Center for Public Policy Research, a nonpartisan think tank that studies North Carolina government.

"Our legislature, compared to other state legislatures, has always been particularly active in education policy," Coble said.

That said, governors aren't completely powerless. While they may not have the direct control over education policy that they do with transportation spending or the state's environmental agency, Coble and other policy experts said, they do exert a lot of influence over the education debate in the state.

"The governor clearly has the bully pulpit," said Jo Ann Norris, executive director of the Public School Forum of North Carolina, a group that studies education policy in the state. "The budget always begins with the governor. If the governor has goals for his or her views about education ... they have a venue to express that."

In general, Libertarians believe in limiting the influence of government in different policy areas and that ethos is evident when Howe talks about education. She said parents need more choice in where to send their children to school, and she is an enthusiastic supporter of charter schools, tax credits for those who send their children to private schools and other options that remove what she describes as "the monopoly on education by government schools."

Libertarians make up fewer than 16,000 of the state's 6.4 million registered voters, and Howe is a distant third in the polls.

The differences between Dalton and McCrory will be familiar to anyone who followed the back-and-forth over the budget during the legislative session.

Dalton said Republican lawmakers, who control the House and Senate, cut too deeply in state spending on K-12 education, community colleges and universities.

McCrory says Republican lawmakers were right to focus on reforms rather than how much money was going into education.

"I want to fix the system first and then determine if we need more money or not," McCrory said. "Pouring more money into a system that's not working is something I've never liked to do."

In many respects, the Dalton-McCrory debate over education reflects the larger debate between the two men. Dalton talks about the need to build upon past successes of programs put forward by Democratic governors and legislative leaders, while McCrory says North Carolina government is "broken" and in need of revamping.

"I agree you have to prioritize your money," Dalton said. "But I also think if you look at the states that perform above us, you will also find that they fund education per pupil at a greater level than we do."

McCrory says many of the ideas he has outlined were first put forward by Jeb Bush, the former Florida governor who now spends much of his time talking about education reforms.

Bush's plans emphasize making sure students are on grade level for reading at key points, such as third grade, school choice for parents and making teachers and schools accountable. They also served as the model for education reform proposals pushed by Senate President Pro Tem Phil Berger during the past legislative session. Detractors say that some of the gains in test scores achieved in Florida were overblown and that the Bush model siphons support away from traditional public schools.

Given McCrory's adoption of his policy and their shared political party, it comes as little surprise the Bush has endorsed McCrory and stumped for him this year.

Dalton says he has not studied the Florida model but says that if it was the model for any part of this year's GOP-drafted budget, he doesn't think much of it.

One of the places these differences most clearly manifest themselves is when the two men talk about charter schools.

"I don't want kids on waiting lists," McCrory said, noting that hundreds of children are turned away from charter schools every year when they don't get slots allocated by lottery. "They're having to gamble their future on a lottery process."

Dalton is much more circumspect about charters, saying it was a mistake for the General Assembly to lift the cap on the number of charter schools North Carolina should support. He said charters need far more scrutiny and that public schools can pursue the kind of innovation that charters were supposed to pioneer.

"The Florida model has some very good components, and has some components that we (North Carolina) do not have," said the Public School Forum's Norris.

In particular, Bush's program stressed teacher training and professional development. Republican lawmakers faced criticism when they began winding down the N.C. Teaching Fellows program and other programs aimed at helping teachers get better.

Dalton pointed to those cuts as ones that were "too deep" this year.

"We have to treat teachers like the professionals they are," Dalton said.

McCrory says he favors encouraging teachers to perform better through a merit-pay system, although he says he also believes the state should expand peer mentoring and professional development programs.

What's unclear, said Coble, is whether a legislature that is still dealing with a very tight budget would be willing to invest in new programs for teacher training or anything else. In this, Dalton and McCrory share a common potential problem.

In fact, Dalton and McCrory share a number of common education stands, at least on the surface.

Both talk about making sure students learn what the need in order to keep North Carolina's businesses stocked with a steady workforce.

Dalton, for example, talks about his work on the JOBS Commission, a state panel that has been a conduit for business leaders to give input into educational policy.

But the two candidates diverge on this point as well. Dalton talks about increasing access to science, math and technology education (STEM) for all students. And he said community colleges should have a broad educational mission that helps prepare students for either jobs or to go onto the university system.

"I favor a broad mission for our community colleges," Dalton said.

Since 2008, McCrory has emphasized focusing community colleges on technical education and the needs of employers. And he said high schools should offer two tracks, one for children who want to go on to college and another for those who want to go into a trade.

"We're taking someone who wants to be a car mechanic and forcing them into classic English," McCrory said.

Dalton, by contrast, plays up the importance of early-college high schools for children who don't fit in with the traditional curriculum. These schools offer a combination of high school and community college classes.

Both Dalton and McCrory talk about the importance of technology in improving education.

However, Dalton talks more about the use of individual diagnostic tools to help teachers identify when students aren't learning and help them catch up.

McCrory talks more about using technology to help with things such as distance learning, allowing schools to share their best teachers across the state.

Their various stands have netted the candidates backing from different places. The N.C. Association of Educators, a teachers group that acts similar to a union, has backed Dalton. A lobbyist for the group said that had, in large part, to do with the two candidates' positions on tax credits for parents who send their children to private school.

Dalton rejects a legislative proposal that would have allowed businesses to get a tax credit for donating to a private school scholarship fund, calling it a "voucher."

McCrory, by contrast, has been asked to speak before groups that back tax credits and other programs to help students go to private schools. He said that while he would rather focus on change to public schools, he wouldn't oppose a tax credit program if it was "targeted" to specific individuals.

During the legislative session, Dalton backed Gov. Bev Perdue's call for a temporary sales tax increase to pay for education programs. The legislature rejected that effort and Dalton has since said he would not include a sales tax increase as part of his first budget as governor. Still, Republicans have used the the Perdue proposal to criticize Dalton.

McCrory and Dalton will put their policy differences on display during at least three scheduled debates.