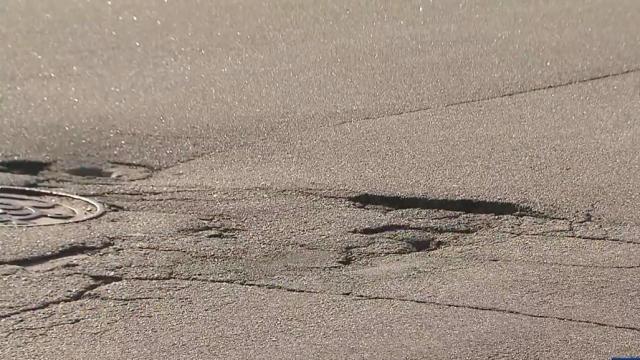 RALEIGH, N.C. — Lawmakers are considering a bill to cap the state gas tax for a year, saying it would help North Carolina drivers in a rough economy.

But state transportation officials say they need the money the gas tax generates to build and repair roads and bridges across North Carolina.

The state tax of 38.9 cents per gallon is one of the country's highest because North Carolina maintains more roads than other states do.

The tax is determined in part on the wholesale price of gas – higher oil prices make roads more expensive to build – so it goes up and down with the price of gas. It is recalculated every six months, and the recent decline in prices means the tax is set to fall to 37.7 cents per gallon on July 1.

The House has tentatively agreed to cap it at 37.5 cents a gallon through June 2013. A final vote on the measure is set for Monday.

"The last thing you need is more increase in prices on anything, so I think, right now, it's just more important to keep the gas price as low as it can be," driver Shaunnika Johnson said.

"I'm going to pay what they charge either way, and I never noticed the tax to begin with," driver Blake Cey said. "I wouldn't know if (a lower price at the pump) was because of the tax or the price of gas."

The state transportation budget has taken big cuts in recent years, and Department of Transportation officials say the shortfall in state funding needed to maintain North Carolina highways will hit $65 billion over the next 30 years.

"Infrastructure that's working and is well maintained is definitely a higher priority so that people can get to work safely (and) kids can get to school safely," driver Nicole Hawkes said.

The Senate hasn't yet approved the gas tax cap bill.