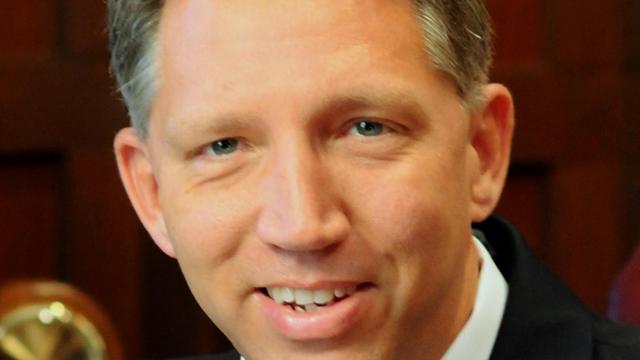 A proposal to save money by merging some smaller community college systems got a tepid reception today from state lawmakers, but spirited pushback from system advocates.

The report to the Joint Legislative Program Evaluation Oversight Committee suggested merging some small community colleges (those with full-time equivalent enrollments under 3,000) with systems in neighboring counties within 30 nautical miles. If 15 of them were to merge, the report said, the state could save $5.1 million a year.

According to the report by the Program Evaluation Division, which is charged with finding savings throughout state government, North Carolina has 58 “quasi-independent” community colleges, with 162 campuses and off-campus centers in 91 counties. FTE enrollment ranges from 624 at Pamlico CC to 16,200 at Central Piedmont CC. In most cases, the smaller the school, the higher the administrative cost per student.

About 55% of the funding for community colleges comes from the state. Counties kick in another 27%. Federal funds amount to 1%, and tuition covers the remaining 17%. In fiscal year 2010-11, those numbers added up to about $1.88 billion.

NC Community College board president Scott Ralls said he’s looking for efficiencies wherever he can find them. But compared to $117 million in state budget cuts this year, the proposed $5.1 million savings is a drop in the fiscal bucket, especially if the mergers make it harder for North Carolinians to get into community colleges just when they most need them.

Several committee members from both parties voiced concerns about the idea.

Senator Ralph Hise, R-Mitchell, teaches at a community college. He said trying to yoke schools in neighboring counties together is “opening a Pandora’s Box.” Hise said different counties are on different rotations for property tax evaluations, and schools relying on two or three of them would likely get the short end of the budgeting stick from all of them.

Hartsell said the committee should examine the recommendations in the report. “We’re not mandating anything,” he pointed out. But he also called community colleges “easily the most efficient” of any of the state’s educational systems, “and the most underfunded, too.”

After the meeting, House chairwoman Julia Howard, R-Davie, stressed that any mergers would not mean less access to community colleges. “They are not recommending closing any campuses. It would just be the structure.”

Howard cited her home county as an example. Davidson County Community College operates the campus in Davie, and she says it works well for her constituents. She says putting two or three small schools under one administration might make sense in some areas.

Mary Kirk is president of the NC Association of Community College Presidents. She doesn’t believe merged schools would survive unscathed.

Kirk says satellite campuses like the one Howard mentioned receive less funding and offer fewer courses than main campuses do. She’s also concerned that schools managed remotely will be less responsive to the needs of their communities.

Howard said the committee won't take action on the report until its next meeting in July. Even if it votes to accept the recommendations, it doesn't have to act on them. If it does act on the report, the next step would most likely be to send it to a committee for consideration in next year's short session.