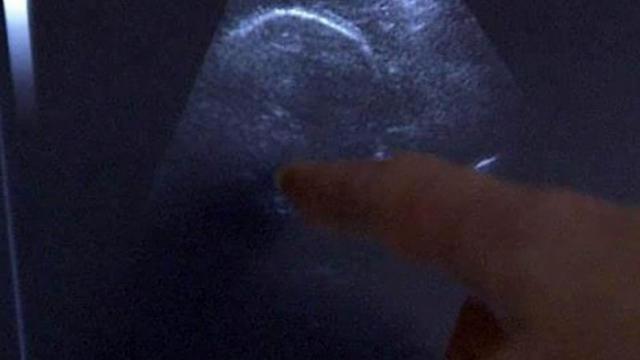 A federal judge in Greensboro has blocked the state from enforcing part of its new abortion law that takes effect tomorrow.

US District Judge Catherine Eagles issued an injunction this afternoon against the part of the law that requires a doctor to show a woman the screen as he or she conducts a required ultrasound, to describe to her verbally what the image shows, and to offer her the opportunity to listen to the fetal heartbeat.

In her injunction, Eagles said the stayed requirement "likely violates the First Amendment."

A Texas law with nearly identical language was also blocked on constitutional grounds by a federal judge in that state last month.

The stay does not affect the rest of the law, including the new requirement for a 24-hour waiting period before an abortion.

The ACLU, Planned Parenthood, and the Center for Reproductive Rights filed the lawsuit September 29th, arguing that the new law violates women's and doctors' free speech and privacy rights.

You can read Eagles' ruling here.

"The bottom line is, this law is a demeaning intrusion on the personal, private relationship between women and their doctors," Reed said in a statement. "The court stood on the side of women and health care providers who are faced with personal, private and very complicated medical decisions every day."

House Majority Leader Skip Stam (R-Wake), one of the new law's key backers, issued a statement pointing out that the other provisions in the new law, including the waiting period, have not been stayed.

“It is unfortunate that the abortion industry, embodied by the Plaintiffs in this case, is so opposed to a woman meeting her child before deciding to terminate her pregnancy,” Stam said.  "While we are disappointed in the partial injunction, it is also a partial victory that will result in women obtaining important information before an abortion.”